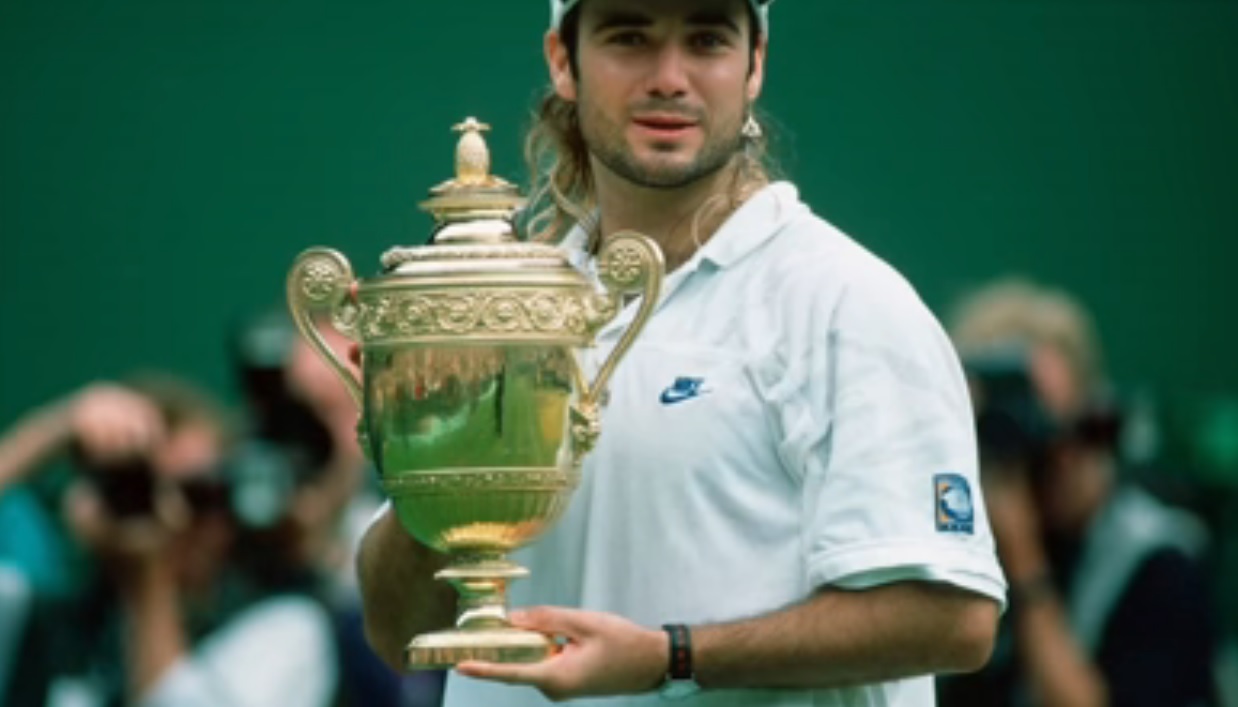 The art of returning serve has been hit and miss with great players during the Open Era. With huge serves the norm, only a handful of players really stood out with a fantastic return of serve. Those who did had a potent weapon that would dampen the spirits and break the game of even the most powerful servers.

On the men’s side, the debate is often Agassi vs. Djokovic when it comes to the best serve return of all-time. But don’t forget about Jimmy Connors. Monica Seles is usually cited as having the top women’s return. These five players stand out in tennis history.

Considered one of the true greats with a total of eight Grand Slams and an Olympic Gold Medal, Agassi was a fan favorite due to his exciting play and charisma. While one of Agassi’s main tools was his potent two-handed backhand, he also had a fantastic return of serve and had a knack for guessing which side the server would attack so he could jump on the return early. This strong serve return made up for his own average serve. Agassi probably scored more outright winners on returns than anyone.

Soon to be hailed as one of the greatest of all time, with 12 grand slam titles and a career that has already netted him $104 million, Djokovic has possibly the best return of serve in the history of the game. Agassi himself praises his return, which was one of the reasons Agassi agreed to coach the Serb in June 2017.

Djokovic’s return is noted for its power, control and how it can neutralize the strength of a big serve player. The fact that he has an efficient return off both the backhand and forehand means that Djokovic can rarely be aced.

This “Ice Maiden” of tennis is one of the greatest and most consistent female players of all time. Her 18 grand slam titles were a testament to this, and her record of winning at least 1 grand slam for 13 consecutive years will most likely never be beaten. Her dominance on the court was greatly helped by her fantastic return of serve, which often allowed her to break opponents to gain an early advantage in the set. Evert’s return wouldn’t measure up by today’s standards, but in her era it was noteworthy.

Until she was attacked on-court in 1992, Monica Seles was on pace to control the women’s game for years to come. At the peak of her powers, Seles’ return was a potent weapon. Her strong left-hand and great control meant that she could either go for an aggressive winner or play the percentages to set her up for the next killer shot. Her intimidating grunts also gave her a psychological advantage when opponents were serving to her.

Another legendary American player, Jimmy Connors had a celebrated career that lasted 24 years. He holds several open-era records, including most titles won at a staggering 109. Connors, like Agassi, also had an “average” serve, but his return of serve was one of the best ever. This, combined with his never say die attitude (most personified in that crazy rally against Paul Haarhuis), meant that his opponents would rarely win their service games easily.