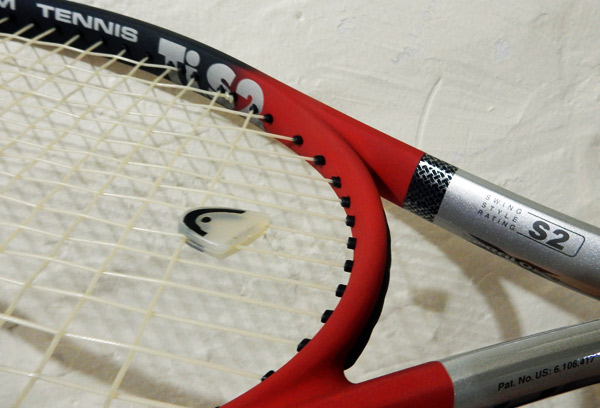 Last year, I upgraded from my shoddy $15 Walmart tennis racket to a Head TI S2 model endorsed by Roger Federer. Now, the S2 is not the most current racquet on the market by any means – they’re already making an S6 model – so the S2 is still somewhat outdated.

But I want to write the review anyway and let everyone know how it has helped my game. The Head TI model continues to evolve and many of the attributes seen in the S2 have remained in the S6.

First off, there was an initial adjustment period while I got used to the S2 and its larger head than my previous racquet had. I wanted a wand that balanced control and power, since my game is based more on touch and a variety of shots rather than flat-out power.

I mix in drop shots, serve-and-volley, topspin shots, slice shots, and everything in between. I found that the Head TI is a solid racket for providing that balance and giving me the best chance to hit all of my shots well.

If you’re someone who does nothing but pound the daylights out of the ball on every shot, you may want to choose a different racket.

Results with the TI Head Racket

Even though I had success playing tennis in my local league with the old cheap racquet, getting the TI Head definitely improved my results. I have been able to compete with players who hit the ball much harder than me, because I have good control over my passing shots and volleys with this racket.

Like the S2, the Head TI S6 offers a large sweet spot and a lightweight design, both of which are factors that I’d recommend for anyone trying to improve their game. It’s also pretty affordable compared to some of the more expensive brands, proving that quality can be had at a reasonable price, and it ranks as one of our best tennis racquets for beginners.