Tennis tournaments use a draw to randomly place players into matches. Learn how it works! 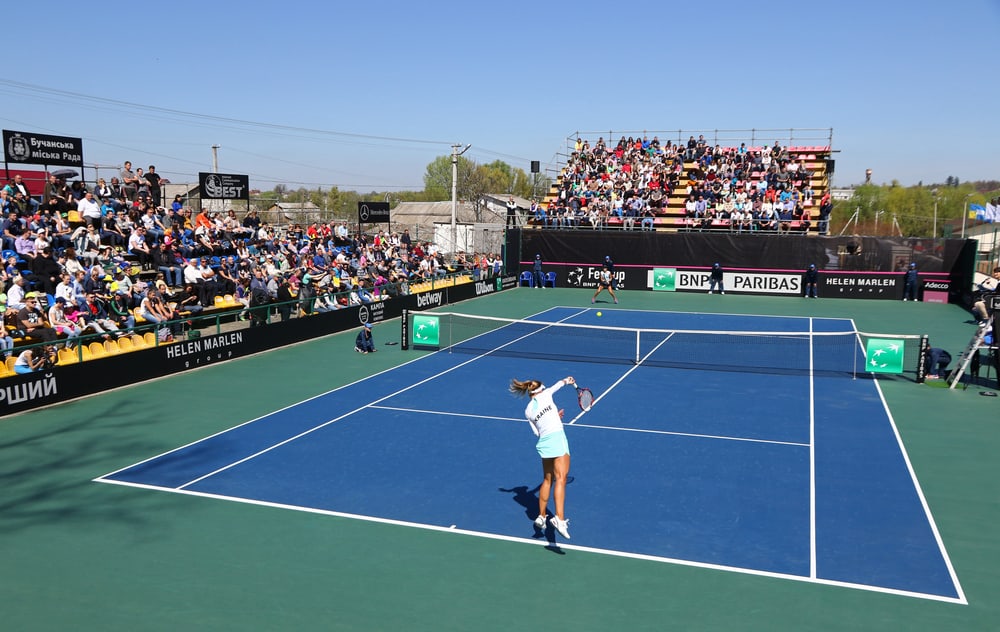 Tennis tournaments are always exciting to watch, but how do tennis draws work? In this blog post, we’ll explain how the draw works for a tennis tournament and show some examples. Stay tuned!

Tennis draws work by keeping the top-ranked players apart to ensure they face one another in the later rounds should they continue to win. This is a way of rewarding the most successful players; knockout tournaments mean one thing–you’re out if you lose.

It might seem a little unfair, but tournament organizers like to reserve their big-ticket players so they face each other later in the tournament. Still, they have to beat whoever is in front of them, and there is no such thing as an easy match in the pro game.

What does ‘draw’ mean in tennis?

A draw in tennis is an impartial way of randomizing who plays at a tournament. The player’s ranking is considered. This way, the top players are separated on different sides of the draw.

A computer produces a random draw using the rules and restrictions the event organizer determined beforehand. In the past, the order would have been drawn from a hat. This also explains the use of the word “draw.”

This system is typical of many events. However, the ranking system that keeps players apart is not always used in other competitive sports.

The draw starts with 32 or 64 players. This number halves after every round as the winners face one another until the two remaining players contest the final.

In a typical 64-player draw, the top 52 ranked players in the world are given automatic entry into the tournament. Four wild card players are also invited. These players can be of any ranking and are selected by the tournament organizers.

The remaining eight places are saved for the top players in a pre-tournament competition known as qualifying. The highest-ranked players from this competition (usually around 32 players strong) will enter the main tournament.

The meaning of seeded and unseeded players

The seeded players are separated, and the top two are placed on opposite sides of the draw.

How are draws and tournament seedings determined?

Tennis draws and tournament seedings are determined by ranking.

World rankings are used for the pros. Each player will pick up points throughout the year depending on how successful they are at different tournaments. Rankings are pretty complex, but even regional-level matches have a ranking system.

For a standard 64-player draw, the highest 52 ranked players in the world enter the main tournament, the organizers give out four wild card places, and the best 32 ranked players outside of the main draw usually enter a tournament to enter as a qualifier. To do this, they must finish in the top eight of the pre-tournament competition.

On occasion, wild card players are given entry to the qualifying tournament. This gives some low-ranked players a chance to reach the main tournament.

How to make your own tennis draw

To make your own tennis draw, decide on entrants that can be divided into two. The idea is to halve the number after each round until only two are left to play in the final.

Computer programs can help create a draw for you once you have determined the number of players and seeds.

Always check court availability so you can accommodate the matches and start by organizing the players in rank order. Give the top players their seed numbers and put them on opposing sides of the draw so they can’t meet until later in the tournament.

The top eight should be separate until the quarter-finals, with the top four in different quarters and the top two in completely different halves.

What does Q mean in a tennis draw?

Q means “qualifier” in a tennis draw. It means the player qualified for the tournament and was not part of the top 52 players (for a 64-person tournament) to enter the main draw. It shows who did not get direct entry to the tournament.

How is the draw done for the Grand Slam?

The draw for a Grand Slam is arranged by ranking, qualifiers, and wild cards. The top-ranked players are put on different sides of the draw, ensuring they do not face one another until later in the tournament. The other slots are randomly given to the wild card players and qualifiers.

How are the draws made at Wimbledon?

A computer randomly selects the draw at Wimbledon. Players are assigned a place in the draw determined by their ranking. Players who did not enter via the ranking system are in the draw via qualifying or are invited as wild card players.

Before making the draw, Wimbledon organizers seed 32 players and remove them from the initial selection. Then, non-seeded players are given their place in the first round by the computer.

How are USTA draws made?

USTA draws are made in the same way as other Grand Slams. The top-seeded players are kept apart so they cannot face one another until later in the tournament.

There are eight spaces for qualifiers who are outside of the top-ranking spaces that get automatic entry to the main draw, and four wild card spaces are given at the organizer’s discretion.

Tennis draws seem complex, but they make a lot of sense. Viewing figures are important, so it is only right that top players are kept apart until the latter stages.

Without a tactical draw, tennis would have missed out on some of the classic finals between the top players, and rivalries wouldn’t have been the same. Above all, everyone just wants to see memorable tennis.

Now that you know how tennis draws work, you can follow them with ease and have a much better understanding of the sport.