Discover the ins and outs of tennis tournaments, from amateur competitions to the prestigious grand slams 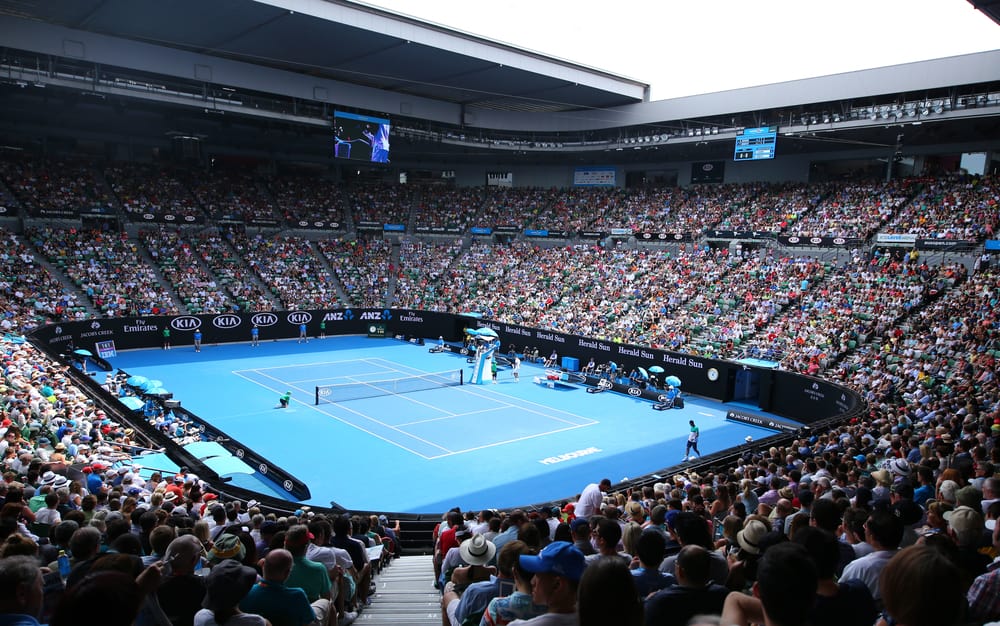 Tennis tournaments are a beloved and iconic part of the sport, drawing in fans and players worldwide. From grand slam events like Wimbledon and the US Open to local club tournaments, there are plenty of opportunities for players to compete and showcase their skills. This post will explore the structure and mechanics of tennis tournaments, from the qualifying rounds to the final match.

There are many different tennis tournaments, ranging from amateur to professional competitions. Here are some of the main types of tournaments you may encounter:

The ATP Tour and the WTA Tour are the two main professional circuits for men’s and women’s tennis, respectively. These tours consist of events held throughout the year, with players earning points based on their performance. The top players compete on the ATP and WTA tours, and the tournaments are among the most prestigious.

The four grand slam tournaments, also known as the “majors,” are the Australian Open, French Open, Wimbledon, and US Open. These events are the biggest and most prestigious tennis tournaments and attract the world’s top players. They are also the only tournaments at which players can earn ranking points for both the ATP and WTA tours.

In addition to the ATP and WTA tours and the grand slam events, many other professional tournaments are held throughout the year. These events are divided into categories based on their size and prize money, such as the ATP Tour 500, ATP Tour 250, and Challenger Tour. Players can earn ranking points and prize money at these events, providing opportunities for players to gain experience and climb the rankings.

Tennis tournaments can take on a variety of formats, depending on the size and level of the event. Here are some of the most common tournament formats you may encounter:

These tournaments often have a bracket structure, with the winner of each match moving on to the next round until only one player remains. Single-elimination tournaments can be used in any size of event, from small club tournaments to major professional events.

Tennis tournaments use points and ranking systems to determine a player’s standing in the sport and to seed players in tournaments. Here’s how it works:

The ATP Tour and WTA Tour both use a ranking system to determine the top players in the world. Players earn ranking points based on their performance in tournaments, with more points awarded for wins at larger and more prestigious events.

The points a player earns in a given tournament are determined by their performance, with more points awarded for reaching deeper in the draw and beating higher-ranked opponents. At the end of the season, the players with the most ranking points are ranked the highest in the world.

How points are awarded for tournament wins and performance

The role of seedings in determining the draw

Seedings, or the ranking of players based on their points and past performance, are used to determine the order in which players are placed in the draw for a tournament. The top players in the world are usually seeded highest, followed by the next highest-ranked players, and so on.

This ensures that the top players are not drawn to play each other in the tournament’s early rounds and allows for a more competitive and balanced draw. Seedings also help to prevent upsets, as lower-ranked players are less likely to face higher-ranked opponents in the early rounds.

Not every player can automatically enter a tennis tournament, and there are a few different ways that players can earn their place in the draw.

How players qualify for major tournaments

Grand slam tournaments and other major professional events often have a limited number of spots in the draw, and players must earn their place through a qualification process. To qualify for a major tournament, players must typically meet specific criteria, such as a minimum ranking or a certain number of ranking points. Players who do not meet these criteria may still be able to enter the tournament through a special exemption or a wild card entry, which we will discuss in more detail below.

A wild card entry is a spot in the draw reserved for a player who does not meet the standard qualification criteria for a tournament. Wild card entries are often granted to up-and-coming players, local players, or players who have recently had a string of good results but may not yet have the ranking or points to qualify for the tournament. Special exemptions are similar to wild-card entries. Still, they are typically granted to players who have had a long and successful career but may not meet the qualification criteria for a tournament.

The role of the ATP and WTA in determining tournament entry

The distribution of prize money at different levels of tournaments

The impact of prize money on player performance and career earnings

Prize money is a major factor in a professional tennis player’s career, as it can significantly impact their overall earnings and financial stability. Players who consistently perform well in tournaments and reach the later rounds of events can earn substantial sums through prize money and sponsorship deals. On the other hand, players who struggle to perform well in tournaments may earn less prize money and sponsorships.

The scheduling of matches and events within a tournament is an important aspect of the overall organization and management of the event. Tournament organizers must consider factors such as the number of players or teams in the draw, the number of courts and facilities available, and the availability of players, coaches, and officials when planning the schedule for a tournament.

The tournament director is responsible for overseeing a tennis tournament’s overall operation and management. This includes setting the schedule, organizing the draw, arranging facilities and equipment, and coordinating with players, coaches, officials, and other stakeholders. The tournament director must also ensure that the event adheres to the rules and regulations of the sport and handle any issues or disputes that arise during the course of the tournament.

How many rounds are in a tennis tournament?

How many tournaments do tennis players have to play in?

The number of tournaments a player is required to play depends on their ranking, schedule, and goals. Players who are ranked higher worldwide and have more points to defend may play more tournaments to maintain their ranking, while lower-ranked players may focus on smaller events to earn points and move up the rankings. Some players may also choose to take breaks from the tour or to focus on specific events, such as grand slam tournaments.

How long do tennis tournaments take?

The length of a tennis tournament depends on the number of players or teams in the draw, the event’s format, and the matches’ scheduling. Major professional tournaments, such as grand slam events, can take up to two weeks to complete, while smaller events may be completed in just a few days.

How many sets do you need to win a tennis tournament?

Do tennis players keep all the prize money?

Players typically keep most of the prize money they earn at a tournament, although they may also have to pay a percentage to their coaches, agents, and other support staff. Players may also be required to pay taxes on their prize money, depending on their tax status.

Many different factors contribute to the organization and management of a tennis tournament, and the tournament director plays a crucial role in ensuring that the event runs smoothly. By understanding these factors, players, fans, and analysts can better appreciate the effort and skill that goes into creating and participating in a successful tennis tournament. Check out our blog for more insightful posts about tennis!