The tennis scoring system can be confusing for beginners. This guide explains how it all works. 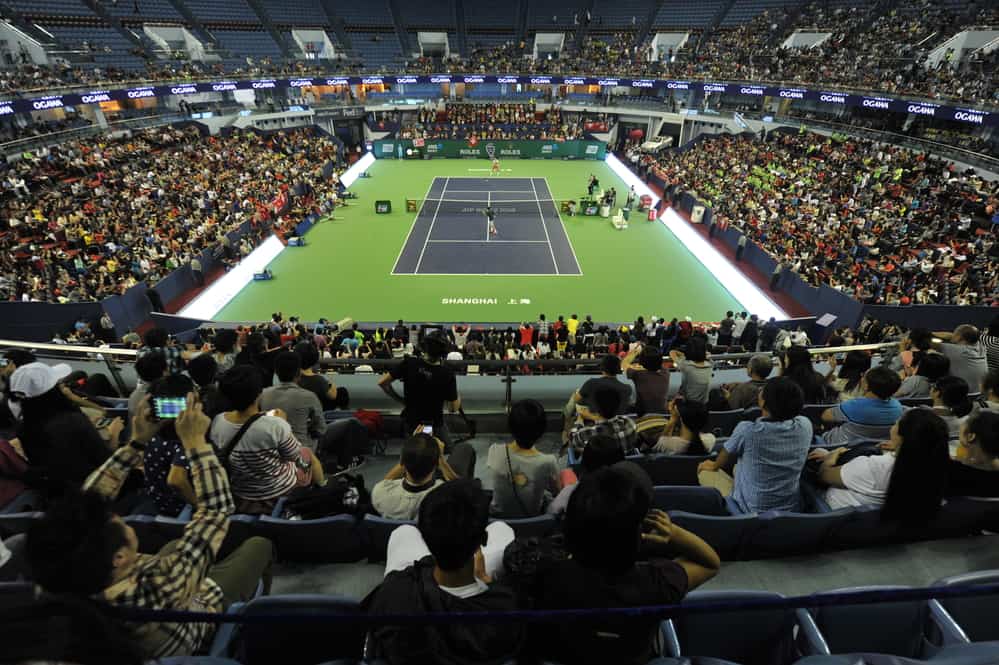 Have you ever watched a tennis match and wondered how the scoring works? In this post, we’ll walk you through the basics of tennis scoring and show you how to keep track of the score during a match. We’ll also take a look at some common terms and definitions that you might hear during a match. Let’s get started!

If you’re just beginning your tennis journey, the concept of scoring may be confusing. It’s no secret that tennis rules are odd compared to other sports, and the scoring system is no different. Keep reading to learn the ins and outs of scoring in tennis.

How does tennis scoring work?

Tennis matches are divided into three phases: game, set, and match. Each phase has its own scoring requirements before players can move on to the next one. Below is an explanation of how each portion of a tennis match is scored.

A game of tennis is played for up to four points. The first three points are referred to as 15, 30, and 40. If both players score the third point (40), the winner must score three consecutive points after that. In other words, you need four points to win a game, but you always have to be ahead by two points in order to move on.

A set in tennis is composed of several games. You must win a minimum of six games (to four points) to be the winner of a set. Just like in a game, you need to win a set by two points.

For example, if you have won six games and your opponent has won five (making the score 6-5), you would need to win one more game to take the set at 7-5. If your opponent won another game in the same instance, someone would need two additional games to win the set.

A match is a collection of sets that are made up of several tennis games. There are two possible scoring systems for a tennis match: best of three and best of five. Overall, you must win by two sets with a minimum score of six for the match to be complete.

What is the scoring system in tennis?

There are specific terms used to score a game in tennis, including “love,” “deuce,” and “all.” Instead of a regular number system from 1-10, tennis points are larger numbers starting at 15.

Here is a guide to the common scoring terms in tennis:

The numbers in tennis scores have the following meanings:

How are points scored in tennis?

There are a few ways you or your opponent can score a point in tennis, from an ace to a double fault. The following scenarios result in a point for either side during a tennis game or set.

During a game of tennis, you and your opponent must return the ball to each other before it bounces twice. If the player on the opposing side allows the ball to double bounce, you will receive the point.

The boundaries of the tennis court are defined by lines on the ground in the shape of a rectangle. The other player receives a point if you or your opponent hits the ball outside these lines.

Like the out-of-bounds rule, you will win a point if your opponent hits the ball directly into the net.

“Ace” is the term for an unreturnable serve. You will win the point if your opponent hits the ball out of reach.

How many points do you need to win a tennis game?

A minimum of four points is required to win a tennis game. However, you must always win by two points.

In the following scoring scenarios, you would need one more point to win:

How many points do you need to win a tennis set?

Tennis sets are scored by how many games you have won rather than by points. You must win at least six games to win a set in tennis. However, keep in mind that a 2-point lead is required.

If the score is 6-4, you will win the set since you are two points ahead. If you reach six, but your opponent has won five games, you need to hit seven before winning the set.

How many points do you need to win a tennis match?

To win a tennis match, you need to win six sets and beat your opponent by two. The scoring system for the match as a whole is similar to the rules for scoring a game and a set. Overall, you need four points to win a game, six games to win a set, and six sets to win the match while always maintaining a two-point lead.

How is a tiebreak game scored in tennis?

A tiebreak game in tennis starts with the next person in line to serve. After one point is served, the opponent serves the next two points.

The final score of a tiebreak game can end as high as 15 since the first player to reach seven points is the winner, but the score has to be ahead by two.

How are grand slam matches scored in tennis?

Just this year, 2022, Grand Slams implemented final-set tiebreaks in all their matches. This means that a 10-point tiebreak will determine the winner for matches that end in a tie at 6-6. This applies to Wimbledon, Roland Garros, the US Open, and the Australian Open.

Do you have to win by two in women’s tennis?

Yes, you have to win by two in women’s tennis. These general scoring rules are consistent across all types of tennis: winning a game, set, or match requires a lead of two points.

Can a tennis game end in a tie?

A tennis game cannot end in a tie. Tiebreak games exist in tennis for this reason. When two players end with the same score, additional games are required until a winner is ahead by at least two points.

Tennis matches are scored in several parts. First, you must win six games by scoring four points to win a set. You will then need to win six sets to win the match. In each scenario, one player must be ahead of the other by two points; otherwise, the game, set, or match continues until there is a winner.

You can score a point in tennis when your opponent double faults, hits the net, gives you an unreturnable serve, hits the ball out of bounds, or allows the ball to double bounce on their side of the court.

Now that you know how scoring works in tennis, bring your new knowledge out on the court and keep practicing. Sooner or later, you’ll be able to score a tennis match in your sleep!