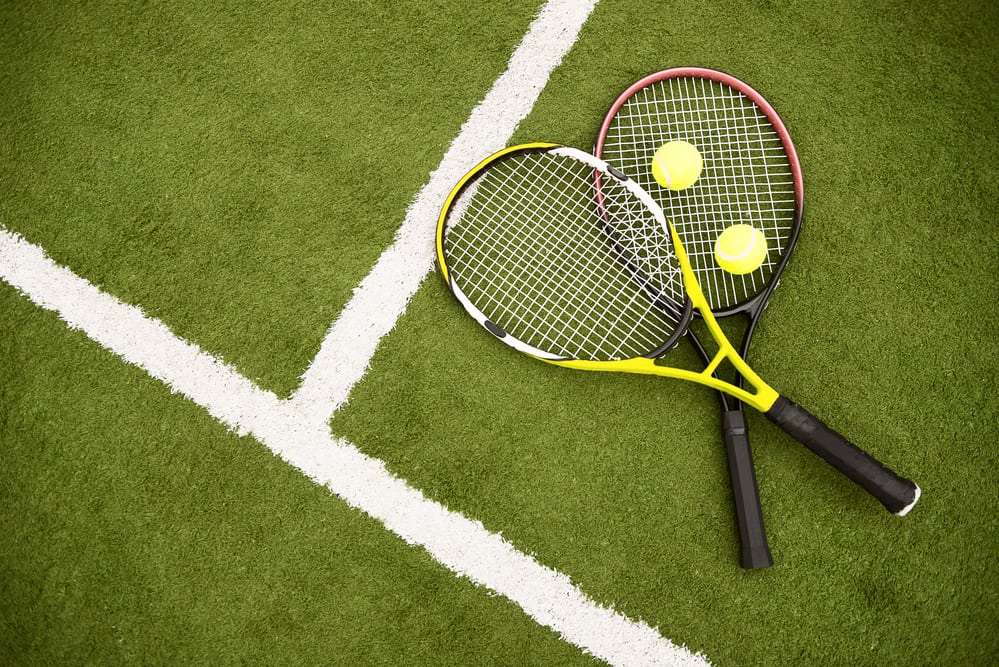 Although not everyone is fortunate enough to play like a pro, anyone looking to take their tennis seriously will need more than one racket. The question is, how many tennis rackets should I have?

The answer depends on the level and frequency of play, but professional players will take anything from 9 to 12 rackets to a tournament. Loose strings result in less control. So it is essential to have enough rackets at the ready. We’ll find out how many rackets you need and a lot more in the following article.

Tennis strings last longer if you are not a frequent player. The consensus is simple—replace your strings as many times a year as you play per week. So, if you play twice a week, replace them twice a year unless they break.

If six months have passed since the last time you re-stringed your racket, it is time to re-string. Even if they look fine, strings lose tension, reducing the racket’s playability.

For the casual player, strings can last for months, even up to a year, but will not have the same playability as a racket with fresh strings.

Why do tennis players have so many rackets?

Professional players have multiple rackets because strings break more frequently than expected. A pro will break a string every few hours (on average) due to the power they generate. Even the amount of spin they create takes its toll on the strings.

When a string breaks because there isn’t enough tension on it, the racket becomes unplayable, so you need a backup racket. Some players will use different string tensions depending on their strategy, as loose strings generate more power but do not have the same control as tight strings. A fresh grip is another excuse to switch rackets, so there are plenty of reasons to take multiple rackets to court.

How many rackets do professionals use?

Professional tennis players tend to use 9 to 12 rackets per tournament. This is typically six in their courtside bag, with the rest reserved for backup. Most will bring a racket with tighter strings than they usually play with, and there is no limit to the number of rackets they can take to any match.

The number of rackets a professional uses per year will vary depending on how many tournaments and matches they play and how frequently they practice.

Professional tennis players will have their rackets balanced to their preference. This means it could have more or less weight in the head to give it a different feel.

Sponsors will take care of this, and the same applies to different tensions. The tighter the strings, the more feel and the easier it is to return shots. Loose strings provide more power but less control. This is because loose strings offer less tension and move around the ball more quickly during a shot.

Tennis players will use a fresh grip because it provides increased traction and absorbs sweat better than a worn grip. This prevents the racket from slipping, which can be costly for the court. Not only this, but a fresh grip reduces blisters and the risk of injury,

Different weights of tennis rackets offer different benefits. A light racket is easier to maneuver, and a heavy racket will provide stability. A beginner will likely benefit from a racket between 9 to 11.5 oz, with heavier rackets reserved for stronger and more athletic players.

Strings can break at any time

The risk of a broken string means it is always a good idea to have a backup or two to hand. Professionals play long matches at high intensity, putting more strain on the strings. Although it seems relatively infrequent, strings can break at any time,

Should you play with different rackets?

You should play with different rackets if you think it will benefit you during a match. For many players, it is better to use a heavier racket for returning as it offers more stability. However, a beginner should get used to playing with one racket and work on their technique before switching between them.

Can I swap rackets in a match?

Professionals frequently change rackets during a match to ensure the racket performs as expected. Strings are less likely to break when using a new racket and tend to be more consistent.

Swapping rackets is different from changing balls, which will only occur outside the regular umpire-led change if both players agree there is a good reason (if it is damaged or unplayable).

How often should you buy a tennis racket?

Wear and tear are natural for tennis rackets. The more they are used, the quicker they will become unusable.

How often should you re-string your tennis racket?

It is recommended that you re-string your tennis racket as many times per year as you play per week. This means twice a year if you play twice a week, and so on. Strings stretch and lose responsiveness even if they are unused for long periods.

Is it worth re-stringing a tennis racket?

It is always worth it to re-string a tennis racket because it is cheaper than buying a new one and will give you the best performance. New strings equal more control and power, so it is an excellent idea to re-string frequently.

Serious tennis players will find that they will benefit from bringing multiple rackets to the court, especially in tournaments. At the very worst, a backup racket prevents you from having to retire from a match due to a broken string.