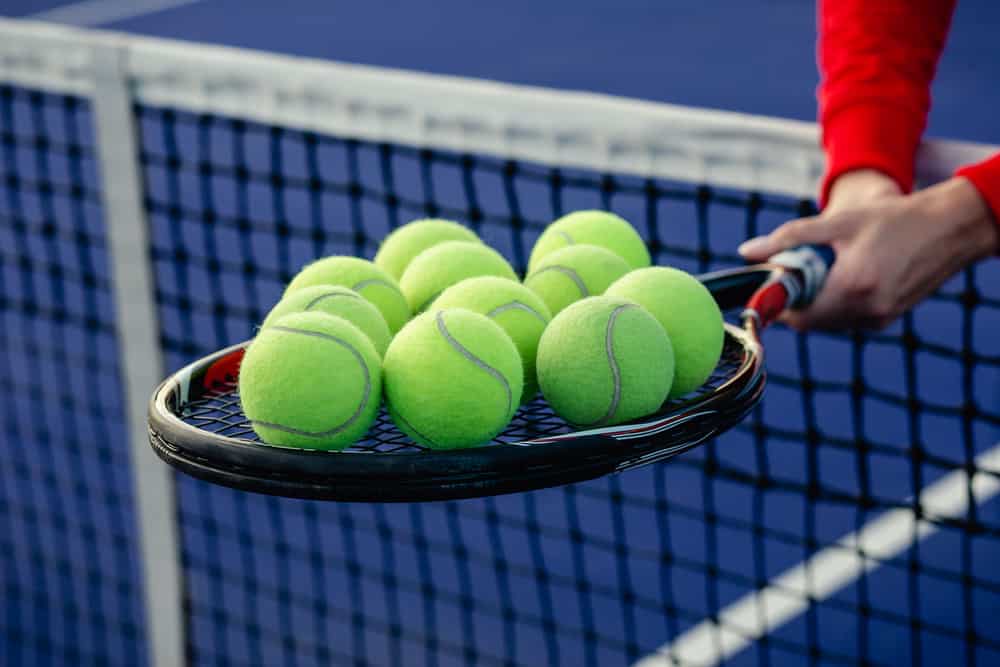 If you go to a tennis facility, you will notice that tennis balls are everywhere. A stray dog could come by and grab one as a chew toy, and no one would see. Why is this? New tennis balls are constantly rotating in matches and tournaments! As tennis balls age, they need replacing.

If you are wondering how often to replace tennis balls, at what point in the match or tournament they are changed, or the importance of new tennis balls when competing, then keep reading.

Why are new tennis balls used? When are they changed?

Without a new tennis ball, the game becomes much harder to play. Balls cannot travel as far or as fast as they can, which can impact the game. Not only could this cause poor play, but it may also lead to injury.

Players may attempt to overcompensate by swinging harder. Swinging harder can lead to stress on your joints. This is why players bring at least six tennis balls (two cans) to a match.

A player begins the match with a new ball, changing the ball after the first seven games. After that, the player changes their ball every nine games.

How often do they change the tennis balls in a match and why do they do it?

With time and use, tennis balls wear down and their performance decreases. We refer to those tennis balls as “dead,” meaning they’re no longer suitable for playing tennis.

A player begins a match with a new tennis ball. Players start with a fresh ball, so they do not have to swing as hard and aim better. Players will replace their balls after the first seven games and then every nine games.

Why new tennis balls are a must-have for matches

Any tennis player, whatever their level, needs new tennis balls. If you use old balls, then your game will be sluggish and tiring. If you are trying to save money, you can collect the old balls you use during a match and practice with them. That way, you save the new balls for matches.

What happens to the tennis ball after it is replaced?

Players may choose to practice with their discarded balls to save money or gain additional skills. Learning to play with an older ball can give you an advantage when playing in a match. Some balls may be recycled and made into other things. Some tennis balls are donated to charity. Sadly, many balls end up in a landfill.

Why do they change tennis balls so often?

Tennis balls are changed to improve the play of the game, increase speed, or change out a broken ball. While recreational players may be able to use the same ball for days or weeks, professionals play hard. They need to change their balls every 1-3 hours or 7-9 matches.

Playing hard and at a competitive level, pros need to change their balls frequently to improve their game. This gives the server a slight advantage.

Do new tennis balls affect the course of a tennis match?

Is it bad to practice with dead tennis balls?

“Dead” or old tennis balls can be useful when practicing tennis. It gives you experience with older balls, giving you an advantage when you play during a match. Practicing with “dead” balls can also help you save money, as you don’t need to open a new can of tennis balls every time.

When should tennis balls be replaced?

Tennis balls should be replaced when they are sluggish, cracked, or too fluffy. This may be every 1–4 weeks for light to moderate recreational tennis players. For competitive players, it may be every 1-3 hours.