Find out how to surprise your opponents with a powerful serve that will win you more games. 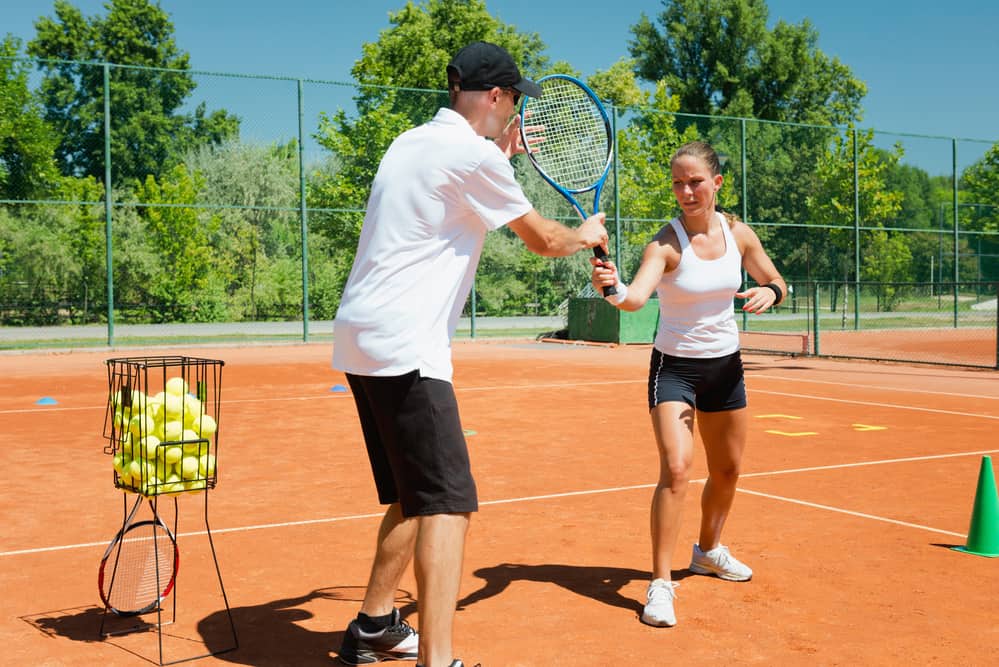 As a beginner in the sport of tennis, you may be asking yourself how to serve properly. This is a question that deserves attention, as the service is one of the most important shots in tennis. In this blog post, we will explore some basic tips for serving in tennis. If you are looking to improve your game, keep reading!

Serving is arguably the most important skill to have as a tennis player. Whether you’re aspiring to play professionally or just starting out, learning how to serve is equally important. Keep reading for practical tips on how to learn the art of serving and sharpen your skills with regular practice.

How to serve in tennis

A tennis serve consists of a toss-up, hit, and follow-through. However, the action of serving is much more complex than just these simple actions. Several individual movements are needed to perfect your serve and launch the ball into your opponent’s court with power and accuracy. When learning how to serve in tennis as a beginner, there are seven steps you can follow for the best results.

Your serving stance will depend on the hand you use to serve. If your racquet is in your right hand, you will place your left foot in front of you (pointing toward the net) and your back foot on the baseline. The position of your foot in the back should be parallel to the line on the court behind you. The same stance is reversed for left-handed players and remains the same on either side of the court.

A strong grip on your racquet is essential for a solid serve. You can use several hand positions, from the continental to the eastern forehand grip.

Similar to gripping positions, there are many types of serves to choose from based on your preference and winning strategy. For instance, a flat serve is ideal for hitting an ace, while a kick serve can be a strategic method to exploit your opponent’s weaknesses. After learning the different variations, you may gravitate toward the one you like to use during games.

The beginning of any type of serve is the ball toss. Your serving toss is one of the most integral components of your serve overall. You will need to practice tossing the ball upward into the correct position to hit it at just the right time.

When hitting the ball during your serve, it’s crucial to aim upward at the ball using your racquet. The ball has to make it over the net and into your opponent’s court to remain in play. If the ball hits the net instead, it can result in a let or a fault. While this may come naturally to tall players, shorter players must catch the ball with their racquet at the very top to avoid these consequences.

6. Aim for the right box

The first and second serves in a game of tennis are critical. In addition to just making it over the net, the ball has to land in a particular position. Aim for the service box in the opposite position of your opponent for the ball to be in play.

Even the most powerful serve needs follow-through to reach its full potential. To follow through with your hit, continue moving your racquet even after you make contact with the ball. There are specific methods for following through with a serve, depending on your chosen type.

What are the different serving grips in tennis?

Tennis has three serving grips: continental, eastern, and western. Each grip is compatible with different types of serves.

The continental grip is the least popular, as it strains the forearms and requires great strength. The pointer finger’s knuckle is placed on the handle, with the rest of the hand wrapped around in another area. The eastern and western grips begin with the index finger’s knuckle wrapped around different areas of the handle (third and seventh for eastern or fifth for western).

What are the different types of serves in tennis?

There are four types of tennis serves to choose from. As you gain more experience, you may choose to utilize them in certain scenarios and add them to your arsenal of winning strategies.

The flat serve is often used for the first serve of a game, as this is the most technical point. It’s also ideal for ace attempts, allowing you to quickly and powerfully launch the ball into your opponent’s court.

The slice is a spinning serve that forces the opponent to move to the other side of the court. It’s a strategic serve that creates an opening to secure a point.

Underhand serves are not typically used in professional tennis. They consist of a toss-up followed by the racquet coming from underneath to launch the ball upward instead of overhead. The ball usually bounces on the other side of the net with this technique, which is considered bad sportsmanship in professional tennis.

The kick serve is one of the most difficult serves to master. While not as powerful, it’s more strategic and calculated. Players who use a kick serve are focused on directing the ball to a weak point, such as the opponent’s non-dominant side.

Why should you learn how to serve in tennis?

A serve is one of the most important aspects of playing tennis. Without a proper serve, you will be unable to score points and may also lose some during the game.

The first serve is a strategic move to gain points and win the game. Serving is critical because a strong serve can trip up your opponent. The other side is unlikely to return a powerful serve in the same manner. With a great serve, you can also take advantage of strategies to win points, such as an ace. When you hit an ace, your opponent can’t return your serve, resulting in a point for you.

Faults can occur when players make mistakes while serving. On the first serve, it’s called a fault, but the second serve makes it a double fault, resulting in a loss of points. Too many double faults can cause you to lose the game.

What are the rules of serving in tennis?

When you’re ready to get on the court and practice your new serving skills, there are a few rules to keep in mind. First, underhand serves are allowed as long as there is no bounce before the hit. Serving before the receiver is ready to play is not permitted in professional tennis matches. Lastly, the ball has to bounce on the receiver’s side of the court before they attempt to hit it.

What tennis serve should you learn first?

The flat serve is the easiest serve to master as a beginner. It’s also the most effective option that can be used in any scenario.

Is serving the hardest part of tennis?

Yes, serving is the most technical shot, and any mistakes can result in lost points.

Serving is one of the most essential skills to have up your sleeve as a tennis player. However, achieving the perfect serve takes lots of practice. Remember to practice your serve daily with repetitive motions to see improvement.