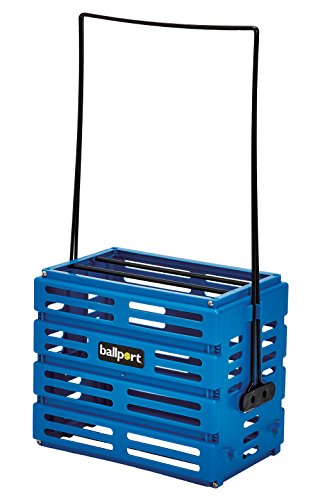 Tennis icon Pete Sampras chose wisely when he decided to put his name on this product. The Tourna Pete Sampras Ballport is our top-rated ball hopper due to the quality of its materials, ease of assembly (you just have to screw the handles on), its versatile usage, and its reasonable price.

Ball hoppers are typically used by players on the practice court to collect and hold dozens of balls. If you’re in the market for one, we can’t recommend the Tourna Sampras Ballport highly enough. 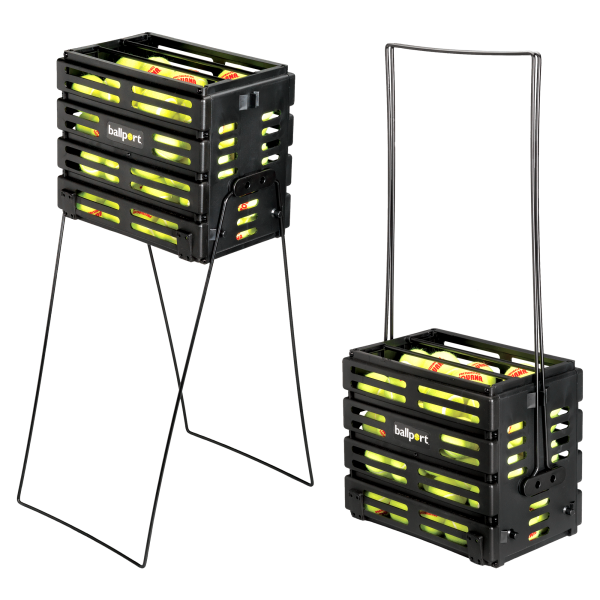 What’s awesome about this product is that it’s both a ball hopper and a ballport. Meaning that it not only transports balls, it can also be used to scoop them up. The handles fold up for easy carrying, and then they fold down to serve as legs to allow the ballport to stand up.

The Tourna Sampras is supposed to hold up to 80 regulation tennis balls, although users report that it can actually hold closer to 60 or 70. There’s a Mini Sampras Ballport available which holds 36 balls, but it’s no cheaper than this one, so unless size or weight are huge concerns, definitely stick with the regular Sampras Ballport.

Unlike some competitors made of cheap or flimsy metal wire, this ball hopper is constructed from durable polypropylene. That makes it significantly more durable than other brands. If you plan to play or practice often, it’s a good idea to invest in a product like this that will last a very long time.

Price tip: The Tourna Ballport currently comes in blue, black, and red varieties. When you’re looking at the Amazon listing for this item, be sure to click each color to see the price. Sometimes, one color is considerably cheaper than the others based on how much supply is in stock.

Those who aren’t frequent Amazon buyers might wonder why one item could be several dollars cheaper than the others if the only difference is color. They might assume there must other differences that could cause such a price discrepancy. But no. That’s just how Amazon works. If the red ballport happens to be cheaper at the moment, go ahead and purchase it and consider yourself lucky you saved a few bucks!

We don’t give positive reviews to most ball hoppers we come across, but the Tourna Sampras Ballport is a great product that is well worth the cost. The ball hopper lives up to the legendary grand slam champion‘s name and will likely serve you well as a practice tool.

Welcome to Tennis Universe, the best source for reviews and information about tennis ball machines, ball hoppers, stringing machines, and other equipment that you need to master the sport! Privacy | Resources