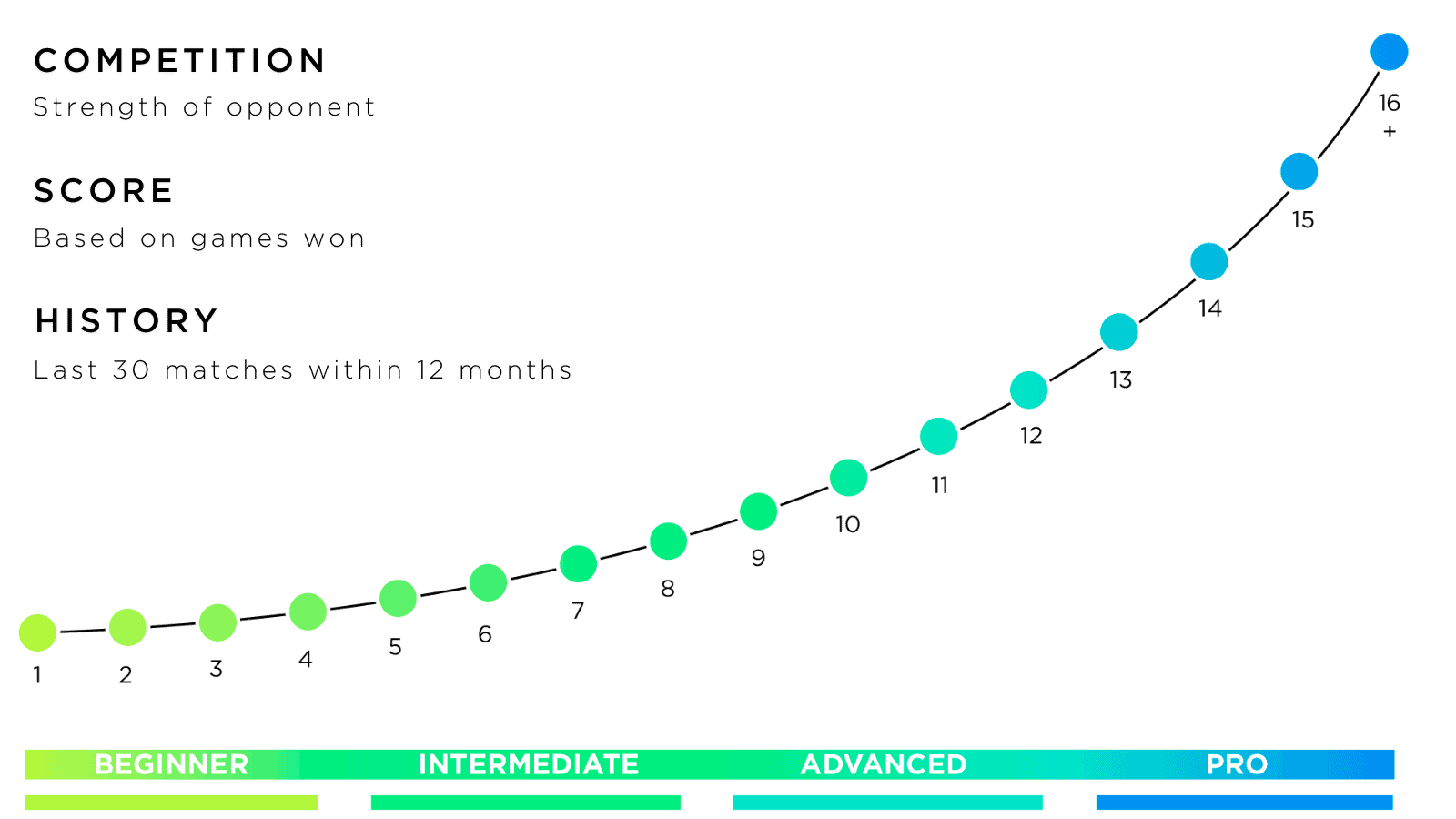 UTR, which stands for “Universal Tennis Rating,” is a global system used to ensure players are involved in competitive matches. The scale applies to all tennis players, regardless of skill, age, gender, or location, and is based on match results. Win or lose, UTR comes into effect and is rated between 1 and 16.50.

UTR is used to produce an accurate and fair indication of a player’s ability level. All pro players on the ATP Tour and WTA, most college players, and indeed, junior tennis tournaments around the world use UTR.

In the following article, we’ll take a closer look at the Universal Tennis Rating to explain this not-so-complex system in more detail.

What is UTR and what are its benefits?

UTR is a system used to rank players to ensure competitive matches and is an indication of a player’s ability. The UTR database is vast and includes over 800,000 players worldwide. It includes results and data from over 8 million matches.

The benefits of UTR include competitive matches for all players. The system ensures players are pitted against appropriately ranked opponents and can even help recruits find players for college teams. Not only this, but UTR also helps coaches find training partners for their players.

As a current view of a player’s ability, UTR allows players to track their progress and expand their network of tennis players to find people to play with and improve their skill level.

How is UTR calculated?

Most players must be playing regularly to ensure they have a reliable UTR rating; the more a player competes, the more their UTR will be a true indication of their current form.

How to improve your UTR

There are several ways to improve your UTR, and they all center around playing and being active.

Simply put, the more you win, the better your UTR will be. Winning more games than expected is a quick way to boost your UTR. This is irrespective of how you fare in a match and whether you compete with players ranked higher or lower than you.

Compete as often as possible as an active player can increase their UTR if their form is good. It is always best to play opponents with a similar ranking to give yourself the best chance of improving your UTR.

Remember that there is always a bit of a lag before results are used to calculate UTR. This means your rating won’t jump overnight, but it is best to consider your next match or tournament and stay active.

What tournaments use the UTR rating system

All major tennis authorities use the UTR rating system, such as the ATP, WTA, ITA (Intercollegiate Tennis Association), and ITF Junior events, among others.

National federations are constantly joining the long list of federations that are using the UTR rating system to schedule their tournaments.

Pros and cons of using the UTR rating system

The pros of using the UTR rating system include its ease of use and the fact that it generally does create competitive tennis. As the name suggests, it is universal, meaning organizations avoid using numerous systems that clash.

UTR also allows recruiters to find players for college teams and ensures that every game counts. It is generally regarded as a fair system that does not consider age, and ratings change as a player’s skill level develops.

The con of UTR is that it also applies to junior players. Many believe that players should disregard UTR as it can take an emotional toll on young competitors. Enjoying the game and improving should be important at a young age, and ranking players too early can have a detrimental effect.

This is why some coaches do not mention UTR to parents. Young players should focus on the end goal and long-term development, not their current UTR.

What is a good tennis UTR?

To put this into context, the top two ranked players in the world will often have a UTR rating of over 16.10, with the number ten ranked around 15.50 in the men’s game.

Men will need a UTR of 12 and above to make it into the better players in D1. When it comes to scholarships, a D2 player will likely need a 12 + UTR, with players rated 11 + more likely to get a partial scholarship.

It is still possible to get a scholarship with a UTR of 8 or 9 in the women’s game, but the drop-off from D3 and below in the men’s game is steeper.

What is the average tennis UTR?

An average tennis UTR rating in college is between 4 and 10 in the men’s game and 2 and 7 in the women’s game. This is the rating of over half of all players across all divisions.

A solid club player could have a rating between 5 to 8 for males and 3 to 6 in the women’s game.

Is a higher or lower UTR better?

A higher UTR is better in tennis. The scale ranges from 1 to 16.50, with higher numbers considered better.