A grand slam is the ultimate achievement in professional tennis. 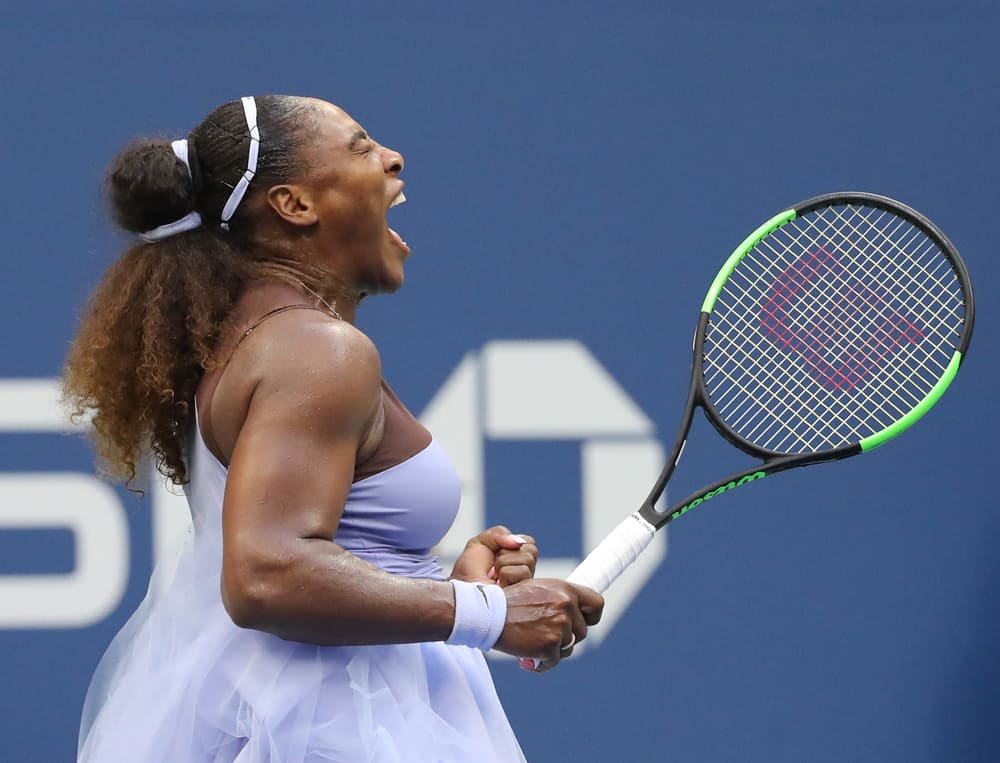 If you follow professional tennis, you’ve probably heard of a Grand Slam, but the term can be somewhat ambiguous. The Grand Slam of tennis is indeed one of the highest achievements for a tennis player, but what is it exactly? In this article, we will break down everything you need to know about Grand Slams.

What is a grand slam in tennis?

A tennis player achieves a Grand Slam when they win one of the designated major tournaments throughout the year. The opportunity to compete in a Grand Slam presents itself a few times a year, beginning in January and concluding in September.

There are several categories players can compete in for a Grand Slam. These include men’s and women’s singles and doubles, along with miscellaneous categories like juniors and wheelchair tennis.

How many grand slams are there in tennis?

There are four Grand Slam tournaments in tennis: the US Open, Australian Open, French Open, and Wimbledon. These competitions have been around the longest and are highly regarded as the most prestigious accomplishments a tennis player can have on their resume.

How many rounds are in a grand slam tournament?

A Grand Slam tournament is split into seven total rounds, beginning with 128 players. Each round narrows down the number of players still in the running to finally produce a winner. The two players who make it to the finals have the opportunity to compete for the title.

After the first round is complete, there are 64 players left in the race. This is cut in half by the third round, where 32 players participate. With only four players, the player count is reduced by half three more times for the fourth round, quarterfinals, and semifinals.

Two more players are eliminated in the semifinals, leaving only two in the last segment, known as the “finals.”

How many sets are in a grand slam tournament?

The major Grand Slam tournaments recognize the “best of five” tennis scoring rule. In other words, tennis players competing at any of these four tournaments must win three out of five sets to advance. The length of each match may vary based on the discipline. For example, junior tennis matches in a Grand Slam tournament are shorter, following a “best of three” format instead.

How much prize money do players win from a grand slam?

The prize money awarded to players in a Grand Slam depends on their category. For instance, a singles player’s earnings will differ from a junior or doubles player’s, and so on. Additionally, each tournament pays a specified amount to winners and finalists.

The US Open is the highest-paying Grand Slam tournament, with a $2.5 million winning prize. The runner-up is awarded a sum of $1.2 million. The players competing in the very first round are paid close to $75,000 each, while the eliminated participants in each subsequent round leave with anywhere from $100,000 to $600,000 leading up to the semifinals.

How do players qualify for a grand slam?

There are several qualifications each tennis player must meet to qualify for a Grand Slam. First, sign-up is required for entry into each tournament. One way to be selected is to be ranked in the top 104 among the other professional players who sign up to compete.

Alternatively, a professional tennis player can earn a spot in a Grand Slam tournament by winning the qualifying round. A total of 16 players make it through qualifying by winning three rounds. Lastly, eight players who receive wild cards are able to compete in the Grand Slam.

Which professional tennis players have the most grand slams?

Rafael Nadal has 22 Grand Slam wins in men’s singles, tied with Steffi Graf. Novak Djokovic has a record of 21 Grand Slams, with Roger Federer not far behind at 20.

Has any player won all four grand slams in one year?

Winning all four Grand Slams in one year is known as a “Calendar Slam” in the tennis world. So far, a total of five professional tennis players have gone down in history with this achievement, beginning in 1937 and concluding in the late 1980s.

In 1953, Maureen Connolly Brinker became the first women’s tennis player to achieve a calendar slam. Not only did she win all four Grand Slams, but she didn’t lose a set while doing so.

Rod Laver won a total of 11 Grand Slams in his career. He achieved the Calendar Slam for the first time in 1962, then one more time in 1969.

Margaret Court has three career slams on her resume, winning all four titles in one year in 1970.

Steffi Graf was the last professional tennis player to win all four Grand Slams in 1988. She was only 19 years old at the time. In the same year, she achieved a “super slam,” a calendar slam, plus WTA tour championships and the gold medal at the Olympics.

Which grand slam tournament pays out the most?

The US Open pays out the most prize money to winners and participants. Those who compete in this tournament split a total of around $57 million each year. The other Grand Slam tournaments are not far behind, paying out between $45 and $47 million.

Which is the most popular grand slam tournament?

The Australian Open is the most popular Grand Slam tournament year after year, with approximately 800,000 people in attendance.

Which grand slam tournament is the least popular?

The French Open is the least popular Grand Slam tournament. The turnout is about half that of the Australian Open, with an average attendance of 400,000 audience members.

Have any doubles teams won the grand slam?

Ken McGregor and Frank Sedgman won a Grand Slam in 1951 as a doubles team. Other teams have yet to be able to achieve the same, although some players have won Grand Slams with alternating partners.

A Grand Slam is one of the highest achievements for professional tennis players. This is made possible by the four most recognized tournaments in tennis: the US, Australian, French Open, and Wimbledon.

Qualifying players compete in Grand Slam tournaments from January to September, with the possibility of collecting millions of dollars in prize money from each competition.