The let and its role can be confusing for new players, so read the rules to understand it better! 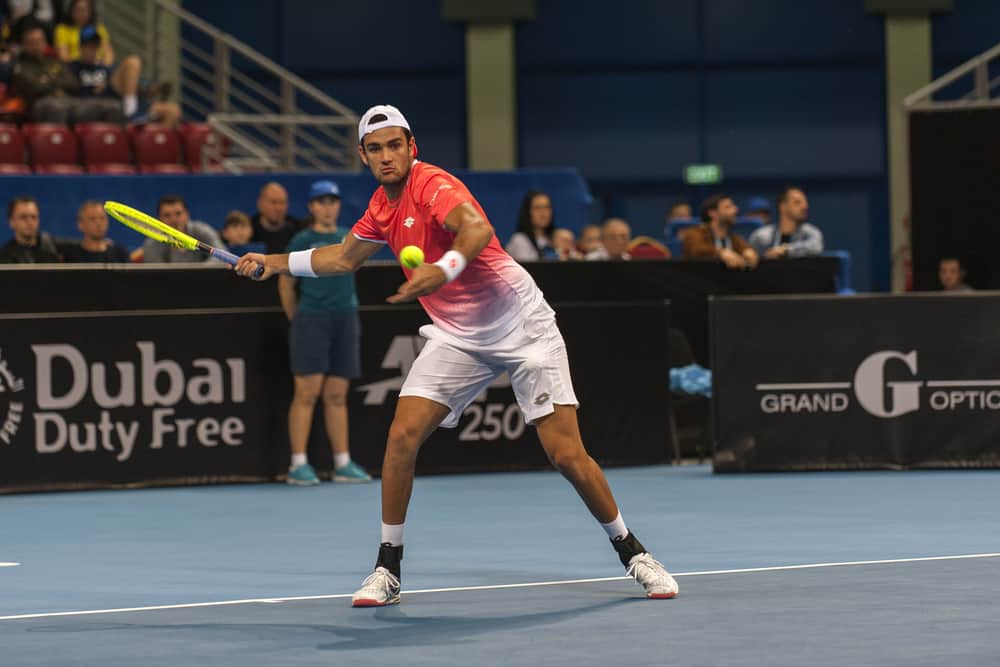 Tennis has many unique rules and distinctions that can be intimidating for beginners. If you’ve watched a professional tennis match, you may have heard of the term “let” and wondered what it meant. In this article, we’ll cover everything you need to know about let calls in tennis.

What is let in tennis?

A let in tennis is a mistake that requires a replay of the point in question. When something happens out of the players’ control that might alter the outcome of the game, the disadvantaged side is given the opportunity to redo the entire action. This can happen in several instances during a tennis match. The most common is during a serve.

A service let may occur in one of three ways. A let will be called if the ball hits the net during a serve and lands in the correct service box. The same will happen if you serve before your opponent is ready or if the ball comes in contact with an opposing player in any way. This can be a direct hit to the body or slight contact with a piece of their clothing. These scenarios are considered a disadvantage to you or the player(s) on the other side and will require a restart.

Other scenarios where a let can be called in recreational and professional tennis matches are distractions on the court during gameplay. For instance, a let may be called in a professional tournament if someone in the crowd stands up and yells unexpectedly. Similarly, a dog running onto the court or another ball coming your way when playing tennis at a public park can be cause for a let call. This ensures the game’s outcome does not change due to outside circumstances.

What is the purpose of let in tennis?

The purpose of the let rule in tennis is simple: it ensures the game is played as fairly as possible. The umpire keeps an eye out for any distractions or unintentional mistakes that could alter the outcome for any player on the court.

For instance, if you’re serving the ball and it hits the net, it will never make it to your opponent’s side of the court. Instead of skipping over your turn, the umpire would allow you to try it again.

Similarly, if your opponent serves the ball before you are ready or the served ball hits you in the arm, you are at a disadvantage that could cause you to lose the point. Being that all of these events are out of the players’ control, it’s only fair they get a do-over.

When playing tennis on a recreational level, you and your teammates or opponents have the choice to include the let rule or omit it. While lets increase fairness and minimize any changes to the outcome of a game, multiple do-overs can be time-consuming, which is why some players decide to leave them out.

What happens when a let is called in tennis?

When a service let is called, you must repeat the serve in question. You get two chances to retrieve the point if the let occurs on your first serve. However, this decreases to one after the first serve is complete.

If a let is called after the game is interrupted by a distracting event, you will replay the point wherever you are in the game instead of just the serve. In other words, the previous serve will be ignored, and the current portion of the game will be replayed as a whole, beginning with the serve.

Who can call a let in tennis?

In a professional tennis match, the umpire is responsible for calling lets. They typically use tools to track exactly where the ball lands to make these calls accurately.

When playing tennis for fun, anyone can call out a let. However, there are a couple of best practices that can help ensure the game remains enjoyable for everyone. First, you should never call out a let you’re unsure about. Instead, it would be best to let it pass and continue playing the game.

When you believe a let has occurred without a doubt, you should call it immediately. This will help you and your partner or group avoid disagreements.

What is the difference between a let and a fault?

Knowing the difference between the two is essential, as a fault can cause you to lose points in a game, while a let will grant you a do-over.

Are lets optional in tennis?

Lets are optional in tennis at the recreational level. When playing for leisure, you can choose to skip the let rule altogether to save time. In this instance, you would continue to play to the end of the game, even after an interruption or distraction.

The “no let” rule is included in the official tennis rulebook, but it’s rarely implemented professionally. It was tested once in 2018 at the Next-Gen ATP Finals but never used again after that year.

How many lets are allowed in tennis?

There is no limit to the number of lets that can be called in a tennis match.

Which tennis player has the most lets in a match?

In 2013, Serena Williams faced Ayumi Morita with a record of four service lets in a row. While there may be more on a recreational level, she currently has the most lets in a professional match.

Can tennis players call a let?

Yes, tennis players can call a let when playing on a recreational or amateur level. For professional matches, the umpire is responsible for calling lets using specialized devices to ensure fairness and accuracy.

“Let” is a common term in tennis that signals a mistake has occurred. This usually happens during a serve, called a “service let,” or in another instance where the player is distracted.

There are three common service let scenarios. It can happen when the ball hits the net and lands in the service box, the ball is hit before the other side is ready, or the ball comes in contact with the opposing player in any way. If a service lets on the first serve, you will have two chances to get it right. For each subsequent serve, there is only one chance to replay the point.

A let may also be called in other scenarios where the players are distracted, or something happens that may cause them to lose the point, such as another ball rolling onto the court. The let rule is optional to use on the recreational level but increases the fairness of the game when a mistake occurs that would alter the players’ outcome.