The game of tennis is all about the rallies. Learn what they are and how to win them. 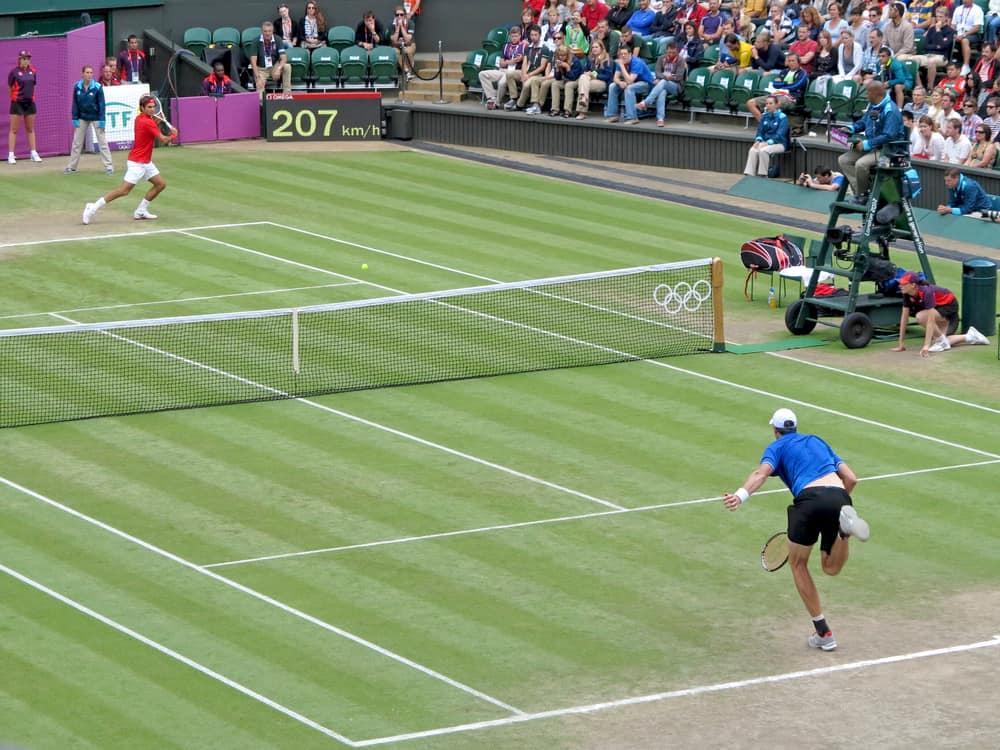 A “rally” in tennis is the name given to the continual back-and-forth shots between two players. At the end of the sequence, one player will win the point, but while they are trading shots, this is known as a rally.

A rally usually means the two players (or doubles players) are hitting groundstrokes and may seem as though they are in practice, especially when the number of shots exchanged starts to rack up.

Once a point has begun, a rally ensures and continues until the point is won. We’ll take a closer look at this term to answer all the most common questions about a tennis rally.

Why do tennis players rally?

Tennis players rally to pressure their opponent to try and make them miss or to create an opening where they feel confident enough to attempt a point-winning shot.

The build-up to the rally will often see players hit across the court to force their opponent to move, so when they return the ball, they do so off-balance or with little time to prepare for the shot. This tactic makes sense, as errors account for more points won than winners.

Why is a rally important in tennis?

A rally is important in tennis because it is the tennis version of sparring between two players trying to get an advantage over one another. A rally is important because it makes the game more interesting. Anything over a handful of shots tends to be deemed a rally, and when two close competitors play, a rally can go on for tens of shots until one player makes an unforced error, there is a forced error, or someone hits a winner.

A rally will also show which player is more consistent on the day. The longer a rally continues, the better the chance of the consistent player winning the point. Players can start to feel fatigued after consecutive lengthy rallies, so stamina is often key to victory.

How do you rally in tennis?

Two opponents rally in tennis by continually hitting the ball back and forth until one player wins the point. Every point starts with a serve, and the rally starts once there is a return of serve. However, many suggest that a rally has begun when five shots are traded, as the term is used to describe the back-and-forth exchange of shots.

Once the point is won, the rally is over.

How to win rallies

To win rallies, a player must work on their positioning. This is so they can return the shot coming their way. A player must be able to push their opponent into difficult positions where their balance is compromised to win the point, or they will have little time to compose themselves before making the shot.

Reducing the number of unforced errors is essential to winning rallies. Footwork is vital to forcing an opponent into making a mistake, as is stamina. Additionally, the longer the rally continues, the more conditioning will come into play.

Willpower is also important. You may have noticed that elite players chase down balls that seem like lost causes only to keep themselves in the game. Every point is vital, so be prepared to run across the court multiple times to win the point.

Long rallies are anything over ten shots and are less common than anything of nine and below. One of the most famous long rallies happened in the 2013 US Open final between Rafael Nadal and Novak Djokovic. The pair were at the top of their game when they exchanged a 55-shot rally. Nadal was victorious overall, winning his second US Open.

Indeed, the US Open has hosted some of the most epic rallies in the history of tennis, with Sampras v Agassi in the 1999 tournament giving us another example of a long rally. The pair were bitter rivals, so it is no surprise that neither wanted to drop the point during their 51-shot rally. Agassi would go on to win the tournament.

What is the longest rally ever in tennis?

The longest rally ever in tennis was in 1984 between Vicki Nelson and Jean Hepner at the Virginia Slims tournament. The pair hit an incredible 643 shots, taking 29 minutes to complete the tiebreaker rally.

That was the longest rally in a pro tennis match, but the longest rally in the amateur game has its place in the Guinness Book of World Records for June 2017. Simone Frediani and Daniele Pecci hit 51,283 strokes during their rally and wore backpacks with water to keep dehydration at bay. We did say that stamina is important, but their rally took an astonishing 12 hours and 37 minutes to complete.

How long is a rally in tennis?

A tennis rally can be a handful of shots back and forth, but it can also be tens of shots. Rally lengths differ significantly, and the most common are 0–4 shots, with rallies of 9 and above being the least common and accounting for 10% of all rallies.

A rally can happen at any point in a match–during a tiebreaker, deuce, the start of a game, or the final point of a match. There is no upper limit on how many shots a rally can take or the length of time, and a competitive rally makes tennis such an exciting sport.

What is the difference between a rally and a volley?

The main difference between a rally and a volley is that a rally is a name given to a sequence of back-and-forth shots, whereas a volley is a type of shot. A volley is when a player hits a ball in the air before it touches the ground. It is a powerful shot that often results in a winner.

A rally tends to happen from the baseline, whereas most volleys occur closer to the net. However, there are plenty of instances where a volley will be hit a little further back.