Volleys are among the most important strokes in tennis. But what exactly is a volley? 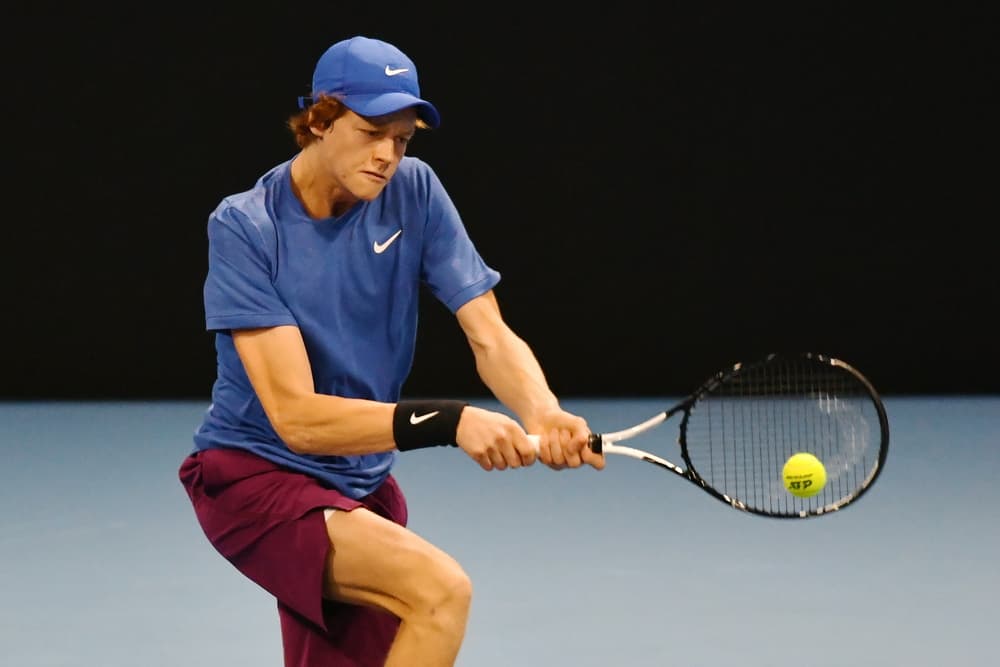 Tennis is full of unique terminology that makes the sport more interesting to curious watchers. If you’ve ever played or watched tennis, the term “volley” may have stood out to you. It’s a word that’s shared with other sports, but what does it mean in tennis? In this article, you will learn what a volley is, the types of volleys, and the associated rules and benefits.

What is a volley in tennis?

A volley is a type of shot returned to the opponent before the ball bounces on the court. If your opponent hits the ball to your side and you hit it back to them before it hits the ground, you have volleyed the ball.

Besides the forehand and backhand categories, additional variations may be applied to the volley shot. The first is called a slam. You intentionally hit the ball toward the ground with force for maximum impact when you slam it.

Alternatively, you may slice a volley instead. Contrary to slamming, slicing is a movement of the racquet during a volley that lessens the intensity. After you hit a sliced volley, the ball will end on your opponent’s side with only a slight bounce.

What is the difference between a volley and a shot in tennis?

The proper grip on the racquet and standing form change between volleys and result shots. The continental grip is best for hitting volley shots because they occur closer to the chest. For regular shots, the ball tends to be lower. Many players prefer an eastern or western grip in these instances.

Types of volleys in tennis

In addition to forehand and backhand, there are six specific types of volleys you should know about. Please take the following volley shots into account and use them to improve your strategy.

To execute a punch volley, you will push the racquet downward in a single motion. Upon contact, this causes an underspin, giving the ball an extra “punch” when it reaches the other side of the court.

A block volley is completed without any swinging. Instead of directly hitting the ball with your racquet, you will position it in front of the ball. While holding it firmly in place, the ball will simply bounce off the surface with no additional action needed from you.

Drop volleys are hit softly and aimed low. This type of hit aims to aim the ball at the ground to create a double bounce before your opponent can get to it. A successful drop volley will result in another point earned.

A swinging volley is exactly what it sounds like. To execute it properly, you will use a fluid sweeping motion to swing your arm, launching the ball into your opponent’s court.

This type of volley is also known as the “on the rise shot.” To complete a half volley, you will hit the ball right before it makes contact with the ground.

A lob volley can effectively break up a back-and-forth competition at the net between opponents. If you want to switch positions, you can lob the ball by tossing it over your opponent’s head with your racquet. If successful, the ball will form a gentle arc over the top while remaining in bounds when it lands.

Rules of volley in tennis

There are two essential rules to understand when it comes to volleying in tennis. With a proper understanding of when and how you are allowed to volley, you can gain a lot of points. First and foremost, you cannot volley a serve back to your opponent in tennis. In order for the hit to be legal, you must wait for it to hit the ground first.

When volleying at the net, you still have to remain completely on your side. This means that both your arm and racquet have to stay within the bounds of your side of the court. For best results, while volleying, wait for the ball to come to you before you swing, and avoid touching the net before you make contact with the ball.

Aside from these two instances, volley shots are allowed throughout the game whenever you want to use them.

When should you volley in tennis?

While volleying is allowed in tennis, except for returning a serve, many players choose not to do so. It’s most commonly done in the service box but is rarely used in other areas because of the potential risks.

Instead of hitting the ball out of bounds, strategic players step back to allow one bounce to occur before taking their shot. This allows them to decide if they want to hit the ball or not. If they stand too close to the net, a volley may be forced when it’s not necessary. This is especially true in singles games.

For doubles players, volleying can be highly beneficial. You will usually see one player at the baseline and the other up front by the net. Volleying can give a team of two an extra advantage and accounts for most of the points in many doubles matches.

Can you volley a serve back in tennis?

No, it is against the rules to volley a serve back in tennis. Instead, it would be best if you waited for the ball to bounce once on the court before hitting it. After the serve is returned, you are free to volley for the rest of the game.

How do you hold a racquet while volleying?

The continental grip is best for executing a volley properly. Although many players prefer other grips for tennis shots, this form supports a high volley shot completed close to the net.

In summary, a volley is a type of tennis shot executed before the ball touches the ground. In order for a shot to be considered a volley, it must occur properly on the first bounce; otherwise, it’s a regular shot.

You can volley the ball during a game of tennis at any time, except when you’re returning a serve to your opponent’s side of the court. Other than that, there is no limitation on volleys; however, they are not always the most strategic move in a singles game.

If you liked this article, keep reading our blog for more interesting tennis facts!