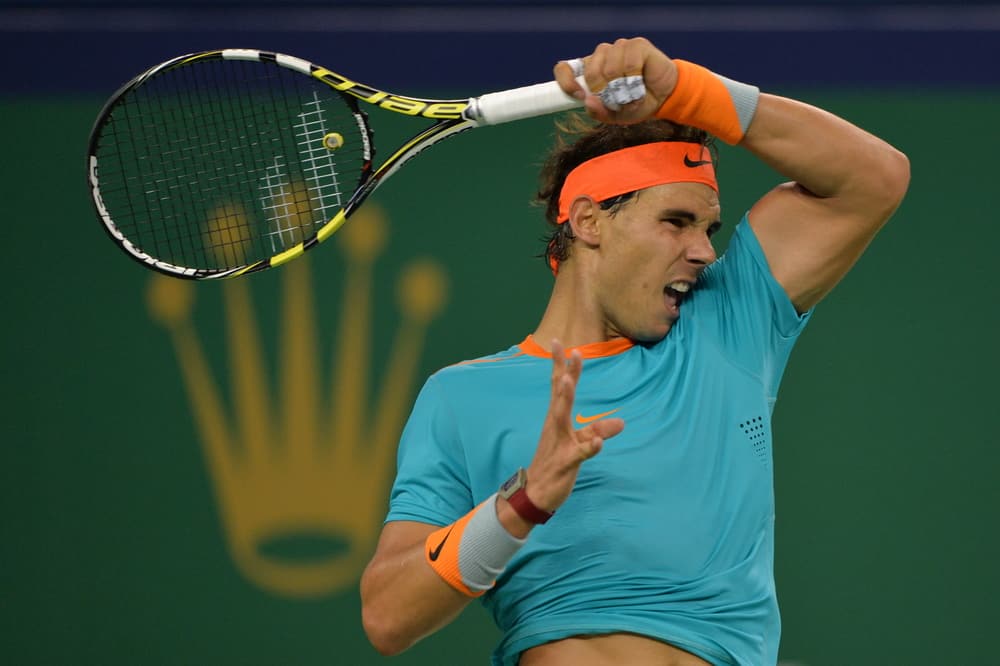 An unforced error in tennis is a mistake made by a player that is not the result of a good shot by an opponent. Essentially, unforced errors are avoidable, and the term itself can be a little ambiguous. This makes it difficult to paint an accurate picture of a player’s performance.

The delegated official recording the stats must decide if a mistake was forced by a good play by the opponent or was unforced. Every single tennis shot falls into these two categories.

A player moving under time pressure or moving during the shot due to being pushed around the court by good play are two of the main considerations. If either of these is true, then the player is deemed to have been forced into making a difficult shot.

If the player has adequate time to balance and compose themselves before a shot and makes a mistake, then that is an unforced error.

There are numerous ways of interpreting unforced errors. This is why we have created the following guide.

The different types of unforced errors

The different types of unforced errors include any shot where the player has adequate time or balance to return a shot successfully, and this includes second serves.

Unforced errors are defined in technical terms. So, when there is no time pressure on a shot, and it is not returned successfully, then statisticians deem it an unforced error.

Poor decision-making, choosing the wrong shot, and fatigue are not considered aspects of an unforced error. Essentially, unforced errors are mistakes that cannot be credited to the opponent’s play, as good skill or strategy should have been enough to make the shot.

How to avoid making unforced errors

To avoid unforced errors in tennis, a player can choose to play with topspin, hit the ball cross-court, and control their power, among other tactics. Let’s take a closer look:

Topspin creates a downward force on the ball, causing it to drop so a player can hit their stroke hard. It helps a player clear the net with reduced risk. Not only this, but the opponent has to work harder to return the shot, and unforced errors are less common.

The diagonal line gives a player more to aim at than hitting down the line. This makes for fewer errors as the ball has longer to travel.

Going for the big hit is always tempting, but reducing the power a little can pay dividends if you are hitting more unforced errors than usual. Power is not as important when an opponent is hitting without topspin. With controlled power comes controlled shots.

Playing safe is not always the best tactic. It can allow your opponent to force errors., However, not always going for the tricky shots can result in fewer unforced errors.

5. Hit over the center of the net

The net is slightly lower in the middle, so hitting over the center can help reduce unforced errors. This also prevents an opponent from hitting angled shots in your direction and can cause the opponent to make unforced errors instead.

Statisticians deem unforced errors as the result of a missed shot caused by the player and not an error forced by an opponent. A forced error is caused by the opponent forcing the attacker into a mistake.

A forced error results from an opponent hitting a good shot that causes the player to make a mistake. Essentially, it forces them to make an error.

However, marking a shot as a forced error isn’t always easy, and the boundaries of which a shot should be returned are a little hazy–there is room for interpretation. A player that has enough time to balance and make a regular shot yet makes an error has made an unforced error. The opponent has not forced them into making a mistake because of a good shot. This can be down to a mental lapse from a physically and mentally demanding sport.

The most common example of an unforced error in a professional tennis match is the highest number, 112. This unwanted record belongs to Yevgeny Kafelnikov (in 2000) and Nikolay Davydenko (2003), both at the French Open.

Some of the reasons players of all standards hit unforced errors are down to poor shot selection, bad contact, and even lost focus.

The consequences of making too many unforced errors in a tennis match are, of course, lost points that were avoidable. However, there is also a mental consequence. Tennis is a confidence game, and when the unforced errors start to pile up, it causes players to make more mistakes and not go for the point-winning shots, inviting their opponent to attack.

There are risks when hitting high-quality shots, as players try to hit closer to the line to move their opponent around the court.

Yes, double faults are counted as unforced errors. A shot that is an avoidable miss is considered an unforced error. This means hitting the net or missing the line on a second serve is regarded as an unforced error.
A forced error means there was a reduced chance of the player returning the ball because the attacker’s shot forced them into a position of weakness.

Is hitting the net an unforced error?