Deuce is a term that can be easily misunderstood. Find out why. 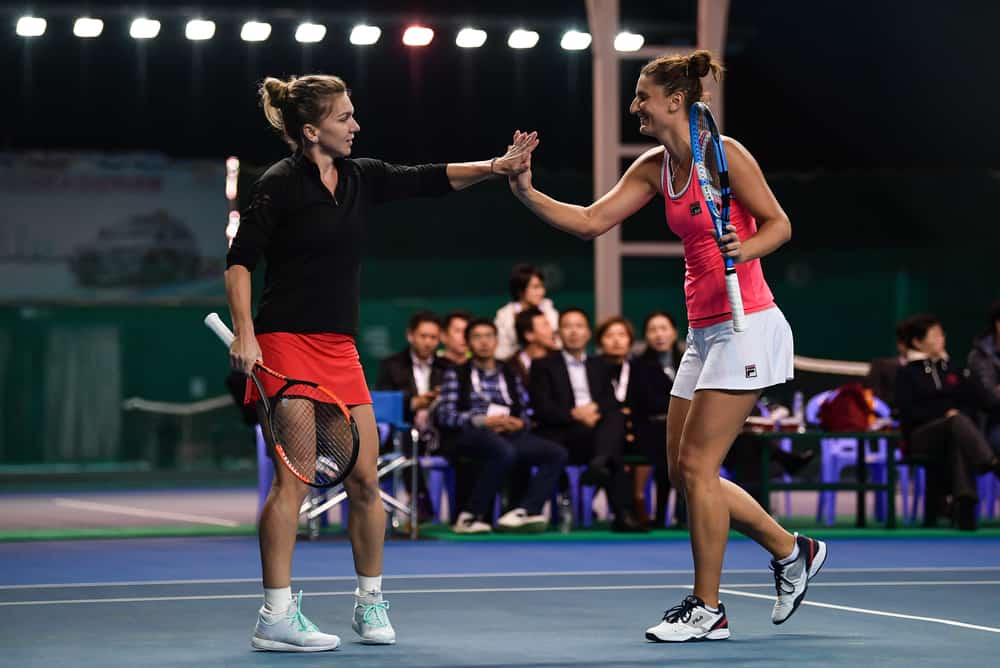 There’s a lot of tennis terminology out there that can be confusing for beginners. One term that you may have heard but aren’t quite sure of is “deuce.” In this post, we’ll explain what deuce is and how it works in tennis. We’ll also give some tips on how to stay in control during a deuce situation. Keep reading to learn more!

All tennis enthusiasts and aspiring players should understand this important aspect of the game. This article will give you a detailed overview of exactly what deuce means in tennis and how it is applied on every level.

What is deuce in tennis?

A deuce in tennis is a certain point of a game when the score is tied between players. Specifically, the score must be tied at three points each for a deuce to be called. This is referred to as 40-40 instead of 3-3.

Deuce is a significant point in tennis because it marks the last time the players can reach a tie before moving on to the next game. The next scoring segment in the game can only determine the winner.

Tennis scoring follows a specific pattern with unique terms that define each point. Each game starts with both players at zero, referred to as “love.” The first point scored on either side is 15. When you see a score of 15-0, this means one player has scored one point while the other remains at zero. A score of 15-15 is a tie with both players at one point, and so on.

The third point in the game, 40, is the last numbered score called out until the “game,” when one player becomes the winner. Therefore, this is the final point in each game where a tie is possible.

What happens after a deuce in tennis?

After a deuce is called, the players are tied at 40-40. This is a significant point in the game, as the winner is determined immediately after. It’s not possible for two players to tie again in a game of tennis beyond the 40-40 score, as four points are required to win.

Simply put, you need four points to win in a game of tennis. The first player to reach a minimum of four points wins the game. This leaves only one additional point to be scored after tying at three points. In theory, whichever player advances to the fourth (and final) point will be declared the winner.

However, there is one caveat to this concept. To win a tennis match after a deuce, one player must get ahead by two points. This is a standard rule in tennis across various disciplines. Rather than scoring just one more point, a 2-point lead is required to win the game, set, or match.

The official tennis rules refer to this as the “advantage after deuce.” In other words, the winning player needs an advantage of two points after a deuce is called.

When does deuce apply in tennis?

Although “deuce” is an official tennis term included in the rules of the sport, it does not apply in every scenario. In fact, the deuce rule is generally only honored at the professional level for singles tennis matches and tournaments.

This scoring rule is not acknowledged in doubles competitions, even at the professional level. Instead, doubles matches follow a different set of rules called “no-ad.” This stands for no advantage, meaning an advantage of two points is not required to win the game after the deuce is called. Instead, just one point is needed from a player on either side to conclude the game.

The deuce rule is also optional at the recreational level. You can choose to honor the deuce rule in a single match or omit it altogether. Most recreational and amateur players skip the deuce in a friendly match. When playing for fun without the deuce rule, the first player or team to reach four points will win each game. In the absence of additional rules, this can speed up the game and make it more exciting by adding urgency to scoring four points.

If you’ve heard the term “deuce” in tennis, you’ve probably also heard of the “deuce court.” Either side of the tennis court is referred to as “deuce” or “ad.” These are just nicknames for the left and right sides of the court, but they become significant when a deuce is called.

Deuce refers to the right side of the court because this is where all deuce points begin. Similarly, the ad court, or left side, is where all the “ad” (advantage) points begin. In other words, this is the point scored after the deuce is called. When the serving side scores after a deuce, it’s referred to as “ad-in,” while a score for the receiving side is “ad-out.”

How many deuces are allowed in tennis?

There is no limit to the number of deuces that are allowed in tennis. In fact, a deuce can happen multiple times in a tennis match with no penalty. Whenever players reach a deuce (a 40-40 score), the tie must be broken by one player getting ahead by two more points.

Tennis matches are composed of several games and sets. You need to win a collection of games to win a set, and multiple sets are required to be the overall winner of the match. During each game and set, reaching a tie several times at the third point is more than possible.

This is a natural occurrence that doesn’t affect the game’s outcome. When players tie at 40-40 and the deuce is called out, the tie is simply broken when one player reaches a 2-point advantage.

Professional tennis players have tied at deuce across several matches and tournaments over the years. There are plenty of instances with a high total of deuces in a single competition, with the record being 37. With that said, the sky’s the limit regarding the number of deuces that can be called in one tennis game.

Why is it called a deuce?

The term “deuce” is believed to come from the French word “Deux de Jeux.” This directly translates to “two games.” Although a 40-40 deuce in tennis technically means two points instead of two games, it is the closest possible origin of the scoring term used in the sport today.

Who has the most deuces in tennis?

The record for the most deuces in a tennis match was broken in 1975 by Keith Glass and Anthony Fawcett. Throughout the entire match, there were a total of 37 deuces.

A deuce in tennis refers to a tied score at the third point. Tennis games have a total of four points. A deuce is called when players are tied at 3-3, or 40-40 in official tennis scoring terms. Immediately following a deuce, one player must get ahead by two more points to win.

Deuce is significant in tennis because it’s the last point at which the players can tie before a winner is determined. This rule is recognized at the professional level for singles matches only and disregarded everywhere else.

We hope this article gave you some helpful information about what “deuce” means in tennis and how you can apply it in the future. Continue reading our blog for more exciting tennis terminology and facts!