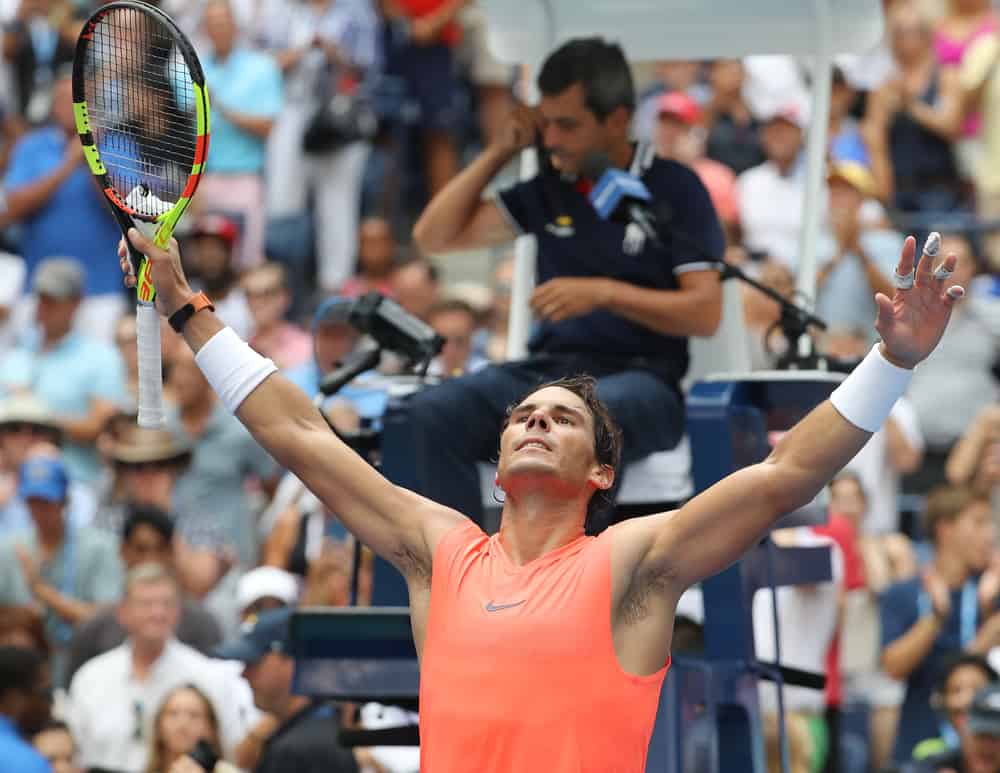 In tennis, a “bye” occurs when a player automatically advances to the next round in a tournament without having to play a match against an opponent. Tennis players receive a bye when they are missing from the schedule due to the number of entrants not being able to be multiplied by two for the number of rounds in the tournament.

Byes are reserved for the first round of a tournament and apply to both singles and doubles matches. They are generally awarded to the top-ranked players, seemingly as a reward for being at the top of the game.

In the following article, we are going to look at the benefits of byes and who can receive them.

What is a bye in tennis?

A bye in tennis is given to a top-seeded player. The player does not have an opponent due to the number of entrants in the first round of a tournament. It allows the player to advance to the next round without having to play a match.

By doing this, the organizers can ensure that the second round and all rounds will have a total number of players that can be divided by two.

Bye weeks happen in other sports, such as the NFL, and allow players an extra week to recuperate and recover from injury. This is often the result of winning a divisional title or grabbing a playoff spot.

A bye can help a tennis player enter the second round refreshed. Although some say it is an unfair advantage, it is also considered a reward for the top-ranked players who regularly play deep into tournaments.

How are byes determined?

The draw size determines byes in tennis. Not every player gets to play in the first round because not all numbers can be divided by two enough times to result in two players remaining for the final.

The draw size determines how many players receive a bye and are typically as follows:

The tournament rewards the top-seeded players with the highest rankings with a bye. In the doubles game, there would be eight byes for a draw of 24.

What are the benefits of receiving a bye?

The main benefit of receiving a bye is recovery. Top players jump from tournament to tournament, often playing into the later rounds, if not the final. This takes its toll, so a bye is a valuable means of recovery, allowing minor injuries to heal.

Most players are constantly battling injuries and will find the opportunity to rehab useful. Also, it allows players to use the practice court to their advantage. Since the tournament is mapped out, players awarded a bye can spend more time preparing for one of the two players facing off in round one.

Can anyone receive a bye?

Technically, anyone can get a bye in tennis, but lower-ranked players will rarely get the opportunity. The top-seeded players (usually the top four in both men’s and women’s tennis) are often allowed to skip the first round and start in round two.

The reward of a bye is hard-earned by winning tournaments and ranking high. A bye also allows top players to travel between tournaments as there can be an overlap between when one finishes and another starts, and every player needs a chance to recover.

The top players can settle into a tournament, and lower-ranked players will likely want to avoid the top players early on, so they get more of a chance to advance, picking up prize money and ranking points.

It takes years and years to get to the top in tennis. A bye is a reward for the time spent going deep into the later rounds of tournaments, all the dedication on the practice court, the many miles traveled, and the sacrifices it takes to be the best.

How can you avoid getting a bye in tennis?

To avoid byes in tennis, the tournament must have a total number of entrants that can be continually multiplied by two.

Do you get points for a bye in tennis?

Tennis players do receive points for a bye in tennis. They are given to players who reach the next round in a tournament, not for actually winning a game. The standard of the player you play doesn’t even come into it. The player receiving the bye gets additional points for reaching the second round, even if they are knocked out of the tournament when they do play.

However, a seeded player does not get the second-round loser ranking point if they lose in the next round after receiving a first-round bye.

What does bye stand for in tennis?

Bye does not stand for anything and is not an acronym. The term itself refers to the automatic advancement of a seeded player in either the singles or doubles tournament.

What’s the difference between a bye and a walkover?

A bye is awarded to a top-seeded player when the number of players cannot be divided by two until two players are left for the final.
In subsequent rounds, a player can receive a walkover if the opponent, due to play, is injured or sick. This is not uncommon and will happen from time to time. Walkovers are not reserved for top-ranked players and can occur at any point in the tournament.