Learn how to avoid double faults and win more games. 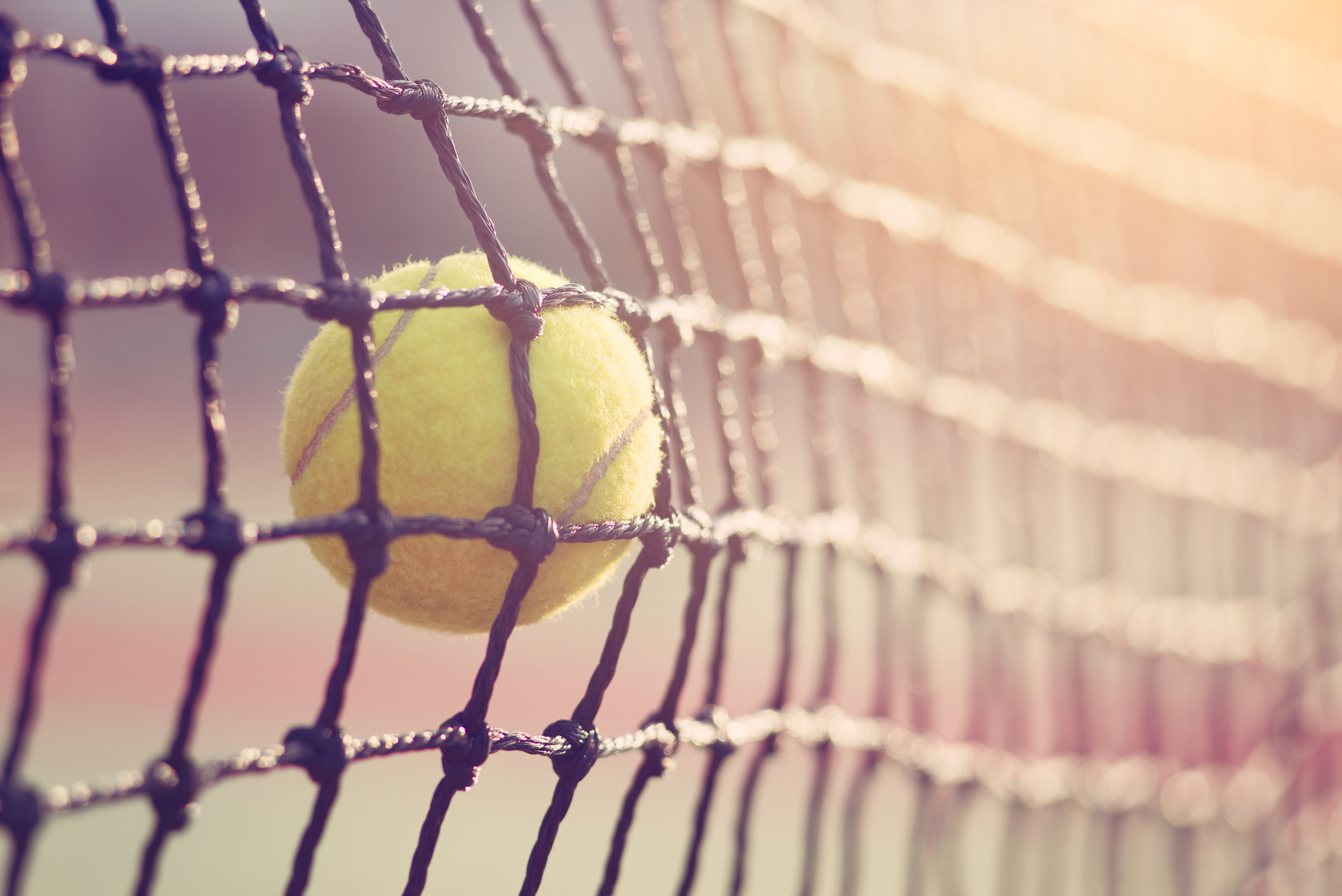 A double fault in tennis is when you fail twice in your attempt to serve into your opponent’s serving box. One mistake in the two opportunities to serve the ball is a fault. If you make another mistake, you have committed a double fault.

Double faults are a common occurrence in tennis for players at all levels. Though inevitable, they are possible to avoid with careful practice. If you’re willing to point out the errors in your service, you can begin to improve your game. Practicing these improvements will lead to winning games. Read on to learn everything you need to know about double faults in tennis.

What happens after a double fault?

After a double fault, the player receives no serve points. The server’s turn ends, and the opposing player gets the service point.

What is the difference between a fault and a double fault?

A fault is a single error made on one of your first two serve attempts. If you make two errors (a double fault), you receive no points, your service ends, and your opponent gets the point.

Many errors can cause double faults, from improper tosses to jumbled emotional states. These can be tough to overcome, especially if you’ve made more than one double fault in a game. The following are common mistakes that often lead to double faults.

One of the most crucial parts of a serve is the toss. If your service form is off, your toss may be askew, which can cause faults. Make sure you practice proper serving form and work to develop a winning toss.

To avoid double faults, you may default to serving hard-hitting spinners that catch your opponent off-guard. This common mistake can result in unpredictable serves and cause you to rack up faults.

Sound familiar? If so, we have a simple solution: go back to your service basics. It is more effective to serve with a smooth motion than to try too hard. Practice keeping service consistent, and you’ll likely see results.

Nerves can strike in the middle of a match and throw off your game. This can happen if you have made a few mistakes and are behind in points.

It takes many hours of practice to develop the kind of serve that applies constant pressure to your opponent. Practice in any space, as you don’t need another player or a tennis court.

How common are double faults in tennis?

Double faults are common in tennis. Most matches have two or three double faults, and some professional players have had many in a set. In a set between Andrea Petkovic and Belinda Bencic, Bencic tallied 12 double faults—twice the WTA tour average. This total is uncommon, but double faults can plague even pro players. Check out this collection of double faults made by ATP and WTA pro players for more information.

Double faults are not always bad, though they can be challenging to overcome. If you accept that you will have double faults in your games, you can identify the habits that cause them. Try not to let them consume your thoughts and work to improve your service.

Even professional players experience double faults. Many of these instances have caused them to lose their temper publicly. Here are a few of the most famous faults in tennis history below.

On her second serve in the 2009 US Open semi-finals, Serena Williams received a foot fault. Improper foot placement on the court caused this outcome. In retaliation, she shouted and cursed at her opponent. The double fault changed her lead score from 15–30 to 15–40. The point penalty for her threat allowed Clijsters to win the match.

In a 2010 US Open match between Andy Roddick and Janko Tipsarevic, Roddick received a foot fault. Roddick demanded to know which foot caused the fault. He went on a tirade to the official, claiming he would never fault with his right foot. He later learned that he had faulted, though using his left foot.

When Lleyton Hewitt faced James Blake in the 2001 US Open, Hewitt got a foot fault resulting in this remark about the line-man: “Look at him. Look at him. You tell me what the similarity is. “Both the line-man and James Blake are black. Hewitt’s unsportsmanlike comment insinuated that Blake received preferential treatment.

Who has the most double faults in tennis?

Anna Kournikova holds the WTA tour record of 31 double faults in a set during the second round of the 1999 Australian Open. She went on to win the match despite the double faults. See this link for more information on how she overcame these in her match to a successful win.

Tennis pros double fault about two to three times per match on average.

How do you prevent double faults in tennis?

To prevent double faults in tennis, practice consistently smooth serves. Consistency requires a lot of practice, but your devotion to improving your serves will help you win more games.

Don’t let double faults get you down

A double fault occurs when you make a mistake in both your serving attempts. Try not to add power to your serve or twist the ball. Instead, focus on delivering consistent serves.

While double faults can be frustrating, even pro players experience them. Don’t allow double faults to cause you anxiety. Take our advice to calm your nerves during a game. Consistency is key, which comes with a lot of practice.

Now that you know what a double fault is, work on improving your serve. Use our tips to make sure you don’t let double faults get in the way of your game.