The open era of tennis ushered in a huge change for professional tennis. 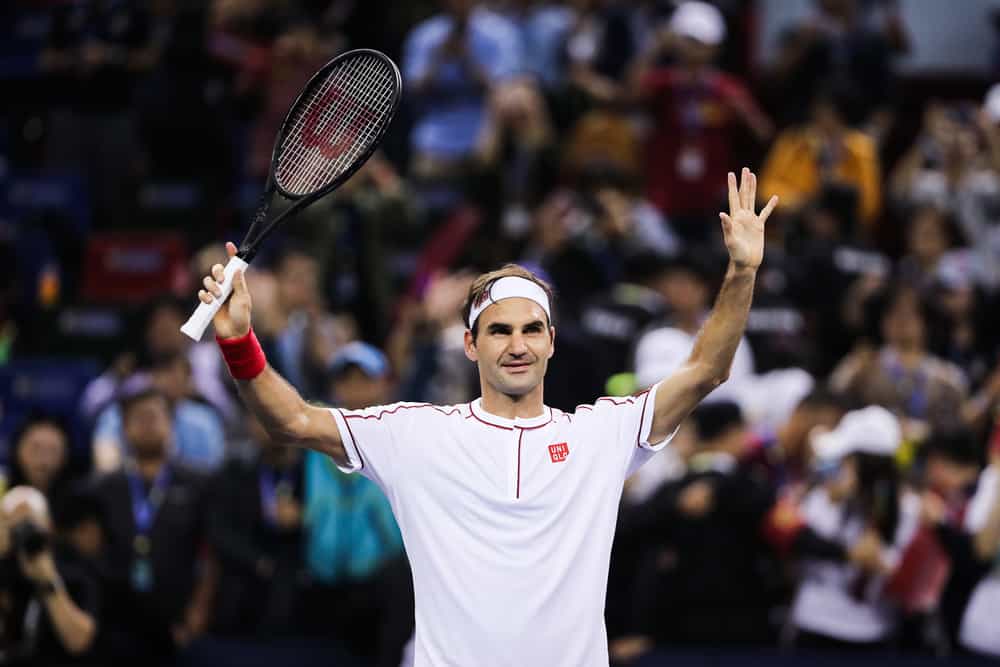 The “Open Era” is a term commonly used in the world of professional tennis. It’s a significant time period in the history of the sport, but without any context, you may be wondering what the Open Era is and how it’s relevant today. This article will cover the background of the Open Era and how it has changed tennis over several decades.

What is the open era in tennis?

The Open Era is the time period in tennis from April 1968 to the current year. This date marks the switch between classic and modern tennis, defined by the beginning of the Grand Slam tournaments we recognize today.

Four grand slam tournaments exist: the US Open, Australian Open, French Open, and Wimbledon. They have been around the longest, gaining significance during the Open Era. In the beginning, each tournament only allowed amateur players to participate. Even further, they did not pay any prize money to winners or finalists.

The Open Era marked a switch in the climate of Grand Slam Tournaments. What was once a tournament to compete in for fun has become one of the most prestigious achievements for professional tennis players.

What happened before the open era in tennis?

Tennis was completely different before the start of the Open Era. All four Grand Slam tournaments were open to amateur players only, and no prize money was awarded. The sport was originally intended to be played for leisure. It was a recreational activity instead of a professional sport, and the major tournaments intended to keep it this way.

Tennis players could not make a living as professional athletes before the Open Era began. The concept of playing tennis for money was foreign in this time period. Although leaders of the sport believed it should only be played for fun, aspiring athletes pushed for change, resulting in what we refer to today as the Open Era.

How did the open era in tennis start?

The Open Era in tennis officially began with the first competition in 1968. In Bournemouth, England, players competed in the British Hard Court Championships in April. The tournament was officially sanctioned and marked a significant turn in the history of the sport.

At first, it took a lot of work for tennis tournaments to make the transition toward prize money and professional tennis players. Many sports players and enthusiasts opposed the Open Era, protesting and boycotting the paid competitions. However, this didn’t stop any of the advancements that were to come. The wave continued to spread to all major tournaments throughout the years until tennis players began to gain recognition and were paid on a professional level.

How the open era changed tennis

The Open Era changed tennis into a completely different sport. The entire meaning of tennis has transformed in many ways from the beginning of the era to now. Your favorite celebrity player may come to mind when you think of modern-day tennis. However, before the Open Era came about, it was not possible for players to make a living and gain recognition for playing the sport.

This is not the only thing that changed in tennis from 1968 to now. New equipment, organizations, and gender equality are just some of the differences stemming from the Open Era.

When Grand Slam tournaments began to allow professional players to compete, the sport became much more interesting. Highly skilled players were previously excluded to promote fairness, have fun, and preserve the sport as a leisure activity. With professionals allowed to compete in tournaments, the competition between players increased significantly.

In addition to raising the stakes for tennis players, this switch made the sport more entertaining for fans. Grand Slam titles also became more prestigious. When facing the highest competition in the world, players view these titles in a different light. Currently, it’s increasingly difficult to win Grand Slams, Calendar Slams, Super Slams, and so on. Winners are highly regarded because the Open Era made these titles a huge achievement.

The Open Era made tennis more accessible to professional players who wanted to make a living from playing the sport they loved, and women were not excluded from this movement. The WTA (Women’s Tennis Association) was formed in 1973 and is still the most relevant women’s tennis organization to date.

In addition to allowing women to play tennis professionally, the Open Era promoted equal pay between men and women. At their inception, Grand Slam tournaments paid higher sums to men. Starting with the US Open, female players were awarded the same amounts for winning as their male counterparts. Other recognized tournaments followed suit until 2007, when Wimbledon became the final Grand Slam competition to offer equal pay between genders.

With the sport being taken more seriously on a professional level, many innovations came about toward the start of the Open Era. From the beginning, brands began to see the value of sponsorships for switch-start players. Not only were players receiving revenue from sports equipment brands to promote their new products, but new inventions were introduced consistently. The graphite racquet, for example, was introduced at Wimbledon in 1976. Overall, the Open Era incentivized companies to continue inventing new gadgets for visibility amidst a major movement.

What was the first tennis match of the open era?

The first official tennis match of the Open Era took place in England in 1968. The first Grand Slam match that allowed professional athletes to play occurred in the same year at the French Open. Both of these competitions are recognized as the start of the movement.

Which grand slam was the first to accept professional tennis players in the open era?

The French Open was the first Grand Slam tournament to accept professional tennis players. This was repeated the next year, in 1970, followed by the Australian Open. The other competitions were not far behind, changing their rules to be more inviting in the coming years.

The Open Era signified the rise of the tennis stars we know and love today. What was previously recognized as a recreational activity turned into a professional sport that allows the most skilled players to make a living off of it. Prize money from tournaments and brand sponsorship deals were all made possible by this movement.

The start of the Open Era was rocky, with protests from purists who believed the sport should remain a hobby. However, this didn’t stop all four Grand Slam tournaments from adopting monetary prizes, and the sport only developed further from there. Today, both men and women have the opportunity to become professional tennis players and earn the same amount of prize money for their efforts.

We hope this overview of the Open Era in tennis was informative and insightful. Continue reading our blog for more tennis knowledge.