Which type of shot will help you win the point? 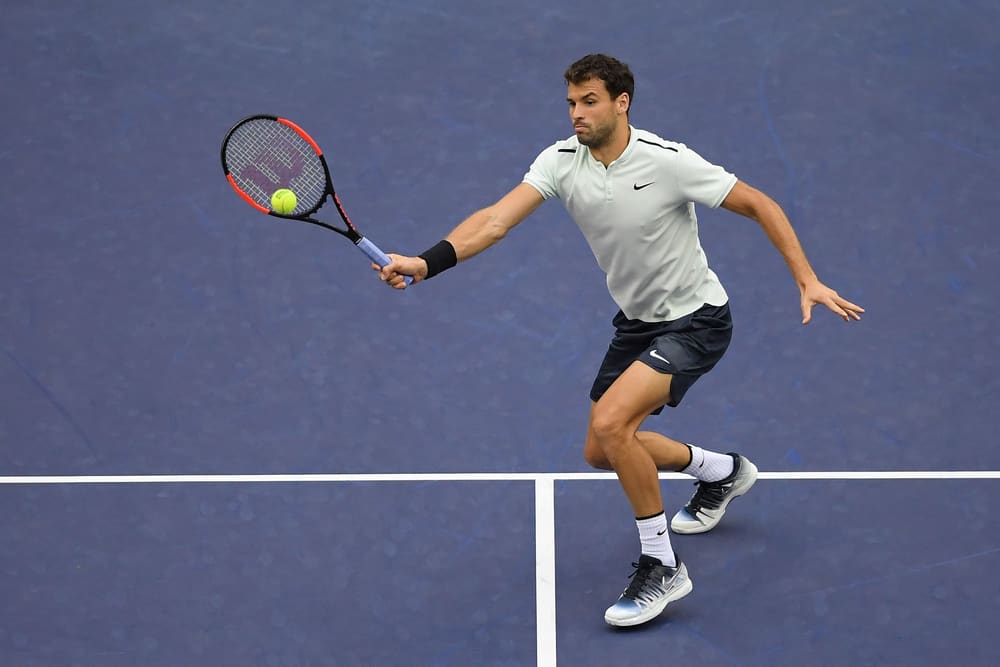 Tennis players use a variety of motions and techniques to outsmart their opponents during a match. It’s a strategic game that involves several variations of different strokes and hits. If you want to follow along with your favorite tennis players next time you watch a match, read on for an explanation of the most common shots used in tennis.

Types of shots in tennis

There are eight main types of shots used in tennis. They are differentiated by when, how, and where they are hit on the court. The following shots are the most common you can see and identify during any tennis match.

The serve is the start of every point in a game of tennis and is an essential skill to master. A great serve can result in gaining a point from your opponent when they cannot return the ball. However, any mistakes can give you a fault and eventually cause you to lose the game.

A volley shot is executed before the ball hits the ground. This shot is best used when the ball is high in the air, as it must be caught before the first bounce. Volleys are most commonly used in doubles tennis matches when one player stands on the baseline and the other steps forward in front of the net.

A lob is a high shot in tennis that’s hit into the air at an upward angle. This shot is most beneficial when you need to recover or switch positions. It will stall your opponent for a few seconds as the ball travels back down to the court.

The goal of a drop shot is to get the ball to bounce twice on your opponent’s side of the court. After two consecutive bounces, you will gain the point, and your opponent will lose. To achieve this, the ball is hit softly over the net at an angle.

A slice shot is performed in a downward, slicing motion. The racquet is used to gently brush the bottom of the ball, sending it toward the opponent’s side of the court with minimal impact on the ground.

A flat shot is powerful and precise. To execute it, use your racquet to hit the ball in a straight line, aiming at the court on your opponent’s side. The objective of this technique is for the ball to hit the ground quicker than the other person can react.

A topspin is one of the most basic tennis strokes you will most likely learn when you start the sport. It involves hitting the ball in a brushing motion and returning it to the opponent’s side of the court. This shot can be used in almost any instance in forehand and backhand variations. It’s a valuable skill to have up your sleeve as a tennis player.

Players with solid forehand strokes can take advantage of the inside and out shot during a tennis match. If your opponent’s weak point is their backhand hit, you can diagonally send the ball toward their non-dominant side. This will force them to return the ball using a backhand stroke.

Forehand vs. backhand shots in tennis

In addition to the different types of shots, you have the option to change the orientation of your hit depending on your position at the time. These are classified as forehand and backhand shots.

Most of the types of tennis shots described above can be combined with a backhand or forehand orientation. For instance, a forehand slice is performed with the dominant hand facing forward, while a backhand slice is completed in the opposite direction.

What are the different hitting styles in tennis?

Professional tennis players have various hitting styles that make them entertaining to watch during a match. The four main classifications are explained below.

The aggressive baseliner uses strong groundstrokes and remains aggressive with powerful shots throughout the game. They are generally willing to commit errors to land that perfect shot. Volleying tends to be a weakness for this type of player.

The counterpuncher has a strong defense and bases their game on waiting for errors from the other side. Instead of attempting to hit winners and making mistakes, this type of player focuses on covering the court and placing the ball strategically.

This type of player has the strongest volleying skills and prefers to be close to the net at all times. Even after serving, they will make their way to the net and send volleys to their opponent’s side of the court.

This is one of the most versatile types of tennis players. They’re well-versed in different types of shots and can use them in any scenario. They will typically travel around the court near the baseline, using lobs, drop shots, and volleys to their advantage accordingly.

What is the most basic tennis shot?

The most basic tennis shot is the forehand stroke. It’s the easiest for new players, as it doesn’t require any rotation of the dominant hand to execute. A topspin stroke is another basic tennis shot that is beginner-friendly.

What is the slow, high shot called in tennis?

A lob is a slow, high shot used in tennis. It’s angled upward with the goal of stalling the opponent in the time it takes for the ball to return to the court.

What is the most important shot to learn in tennis?

The serve is the most important shot to learn in tennis because it’s nearly impossible to win without it. You will rack up faults and lose points if you don’t have a strong serve.

What is the most difficult shot to learn in tennis?

Backhand shots are the hardest to learn in tennis because they require the dominant hand to be flipped around (knuckles first), which many beginning players are not used to.

In conclusion, there are many types of shots you can take advantage of as a tennis player. These are differentiated by orientation, position, location, and technique. Shots are generally split into two categories in tennis: forehand and backhand. Forehand shots are executed with the palm forward, while backhand hits are flipped around.

Within these categories, there are eight basic tennis shots to learn and practice: serve, volley, lob, drop shot, slice, flat, topspin, and inside and out. Each variation is used at specific points in the game. For instance, each game starts with a serve in the beginning, while a volley occurs before the ball has a chance to bounce on the court.

By learning all of the types of shots in tennis, you can gain a deeper understanding of the sport. Whether you are perfecting your craft as a novice player or want to enjoy the next tennis match you tune into, we hope this article adequately covers the topic. Keep reading our blog for more insightful articles about the ins and outs of tennis.